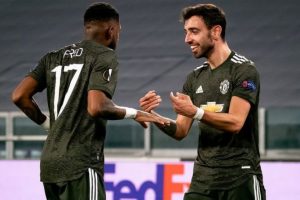 Manchester United star Fred has given an insight into what Bruno Fernandes is like away from the pitch. United were in dire need of bringing in a creative midfielder last season having failed to sign their top targets in 2019.

Fernandes quickly became their No 1 target in the January transfer window with the Portugal international impressing at Sporting Lisbon.

Negotiations went down to the wire but United eventually agreed a deal close to deadline day and he’s proven to be worth every penny.

He’s since scored an impressive 34 goals as well as providing 21 assists since making his debut and is now one of the first names on the team sheet at Old Trafford.

Fred admits that Fernandes’ impact has been a “surprise”, but the 26-year-old is now seen as a “leader” in the dressing room.

JUST IN: Man Utd and Arsenal would sign Chelsea star Abraham ‘in a heartbeat’ 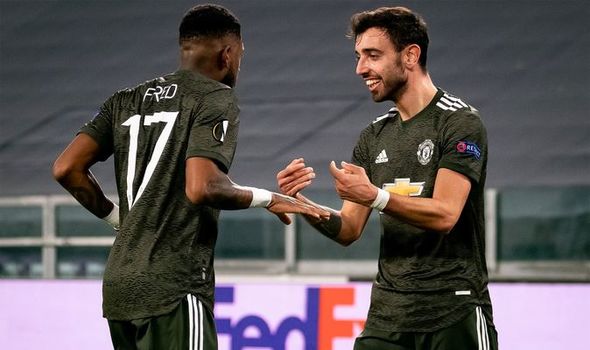 But the Brazilian midfielder also admits that Fernandes gets upset whenever United lose.

“I think it surprised. His impact was very fast, you know,” he told ESPN Brasil.

“He arrived here and already took over the midfield, called for the lead and took it.

“I think he’s a great player, he came here to help us. I’m very happy with this.

“He’s a very good guy, we see that he works a lot on a daily basis.

“A guy who’s always trying to win, you know? He doesn’t like to lose. So his mentality is very cool, very good.”

Fred has enjoyed a resurgence under Ole Gunnar Solskjaer having fallen down the pecking order previously.

He’s now a regular starter for United and the 27-year-old wants to repay Solskjaer’s faith in him by helping the team win silverware. 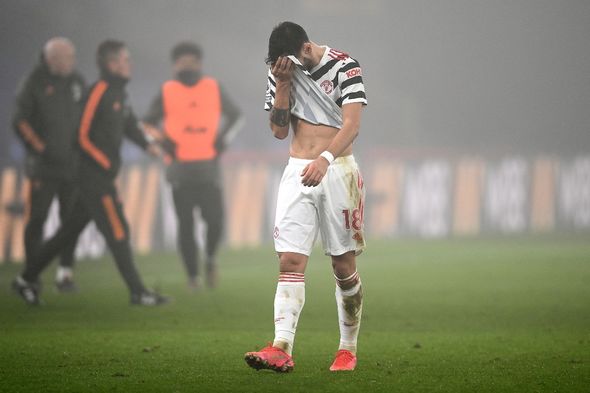 “I think for sure, it was a lot of work. The first season was difficult,” Fred added.

“There was an adaptation process, a change of managers. It turns out that the manager who arrived hadn’t signed me.

“But I kept working, looking for my best form. In the second season I had more chances, I managed to have a good season.

“And I think this season is definitely being my best. I’m having more games, playing with the coach’s confidence, with the confidence up there. This is important.

“I hope to continue doing a great job here, keep playing a lot, and I want to help the team win many titles.”