Manchester United star Bruno Fernandes has picked his favourite goal and assist of 2020 ahead of his side’s Premier League showdown with Aston Villa on New Year’s Day. The Portugal international has been a huge Old Trafford hit ever since his arrival from Sporting Lisbon in January. And he’s looking to propel the club to trophies next term.

United were a club in crisis at the start of the year, with Ole Gunnar Solskjaer’s side losing their first three matches.

However, the Red Devils head into 2021 with genuine hopes of winning the Premier League title.

Fernandes has played a significant role in their transformation, with the Portugal international scoring 10 goals and registering seven assists from 15 league matches this term.

And the 26-year-old has now opened up on the year he’s had.

He was asked to pick his favourite assist – and opted to go with the one he provided for Marcus Rashford in their 5-0 Champions League win over RB Leipzig earlier in the season.

“Favourite assist? I think the one against Leipzig for Rashy,” he said.

“For me, it’s very important when you are in the centre of the pitch you need to know where you are, if you are marked or not, if the guy is coming to press you, where your team-mates are. 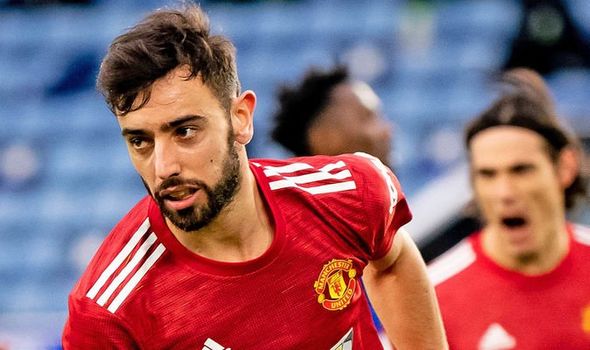 “I like, for me, I think that kind of pass is good on the first touch. When you see someone running from behind, it’s really, really good.

“I think this is the one I remember now, like think quick, make quick and doing a good thing.

“As I say, with the guys up front – Marcus is really quick. I just need to put the ball behind the defence and I know he’ll arrive first, before all the defenders and all the goalkeepers.

“I think, in that moment, the way I look before I receive the pass from Fred, I see the movement from Rashy and that is maybe the best assist I’ve made up until now.”

Fernandes opted to name his display in United’s 3-1 win over West Ham as his favourite individual performance of the year.

“I don’t know, it’s difficult to choose one,” he said. 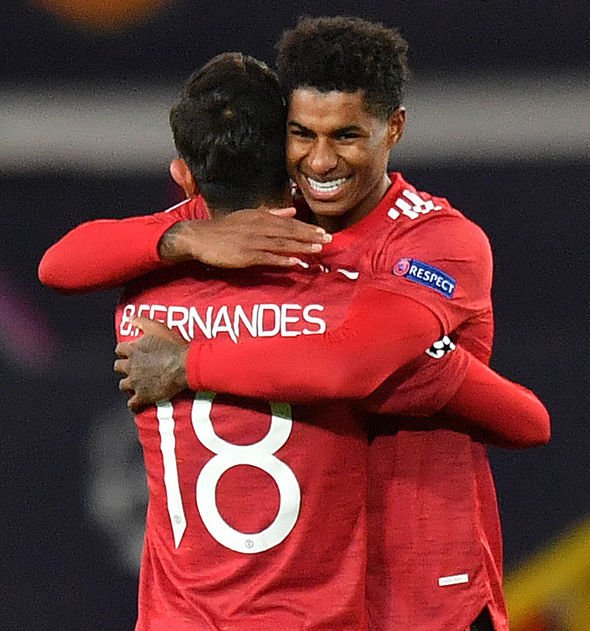 “Of course, when you score, the games you score in, everyone always looks for that one.

“I really like the one against West Ham, the 45 minutes against West Ham away. I think I come in with the right mentality, positive body shape and everything was perfect.

“But, of course, I think it was one of my best games, best performances and I can say the best half a performance I have had in the club.

“There were also many games I did really well in but, in all of them, having space to improve a little bit more.” 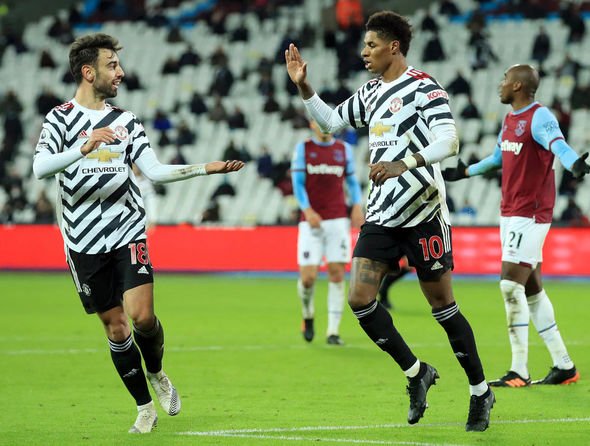 “I think, as I’ve said before, it’s easy when you play in a team like Manchester because there are so many good players around you,” he said.

“They help you to be better and I am here to help them be better.

“So I think, of course, numbers are really good but, as I said before, it is now that I need to start to improve.

“It will be more difficult from now and I mean difficult day-by-day and game-by-game because the players will know me better.

“Of course, I am really happy to have these numbers and, obviously, it is not easy to get to this point with these numbers but I want to do better and better, more and more.

“I want to finish the Premier League this season with more goals and assists than games. That would be good.”