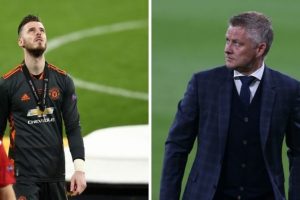 David de Gea’s former coach Gabino Rodriguez has fired a rant towards Manchester United and manager Ole Gunnar Solskjaer. Rodriguez has slated Solskjaer’s side and labelled them ‘softer than a muffin’ compared to the one led by Sir Alex Ferguson.

Rodriguez was De Gea’s coach in Spain’s under-21 set-up and believes the United number one has been made to look bad this season.

The Red Devils faced criticism for their defensive woes throughout the 2020/21 season, particularly from set pieces.

The Spaniard started last month’s Europa League final, though, but made the headlines for the wrong reasons.

After conceding all 11 penalties he faced in the penalty shootout after a 1-1 draw in 120 minutes, De Gea missed his spot-kick to hand Villarreal the first major trophy in their history.

JUST IN: Hoddle fears Harry Kane may be having transfer chats on England duty 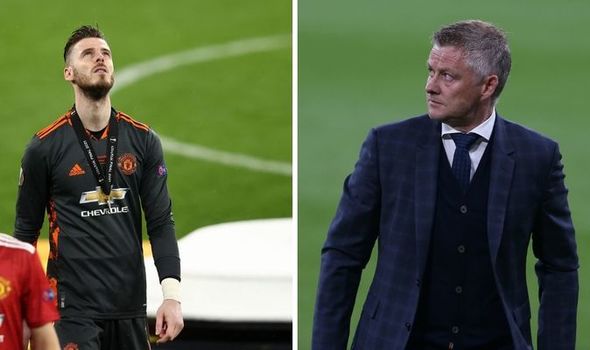 He told The Sun: “I always believe the team is a true reflection of the character of its coach.

“Look at the one led by Sir Alex Ferguson, and that would show no mercy. Ole’s team is softer than a muffin, and David is suffering the consequences of the defensive frailties.

“You need to protect your best asset in the team, but there is just an uncontrolled mess between midfield and defence with gaps.”

Rodriguez then directly aimed criticism at Harry Maguire and Victor Lindelof for their lack of pace and leadership.

He added that Solskjaer doesn’t convince him because United’s poor organisation is taking its toll on De Gea’s reputation.

“The two centre-backs are too slow, they are not commanding, and other teams are well aware of it.

“In the old days, Roy Keane and Paul Scholes not only dictated games, but did the dirty work and were the defensive backbone. In Ole’s team, Edinson Cavani is the best defender!” 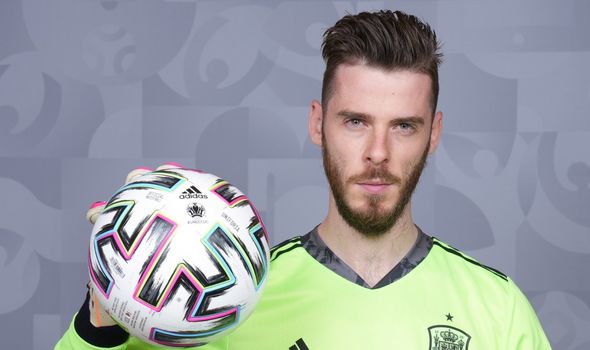 With Henderson expected to start next season as Solskjaer’s first-choice stopper, De Gea has been tipped to depart Old Trafford this summer.

His potential exit would spell the end of a memorable 11-year stint at United, in which he has been named the club’s Player of the Year four times – including in three successive years from 2014 to 2016.

Solskjaer, meanwhile, is reportedly looking to bolster his defensive options in the upcoming transfer window.

United have been linked with Atalanta’s Christian Romero and Villarreal’s Pau Torres, but Real Madrid’s Raphael Varane is the reported preferred centre-back target.