Manchester United must pay £30million to sign Ismaila Sarr from Watford, reports say. In a surprising twist, Ole Gunnar Solskjaer is looking at the forward with the club struggling to land Jadon Sancho from Borussia Dortmund. Liverpool are also keen, though may not have the finances required.

Manchester United have spent most of the transfer window chasing a deal for Sancho.

But, with Borussia Dortmund refusing to let the 20-year-old leave for anything less than £108million, they’re getting ready to change tact.

United are looking at alternatives to the England international with the likes of Kingsley Coman, Douglas Costa and Ivan Perisic all emerging as potential targets.

Yet the Independent claim they’re interested in signing Sarr from Watford.

The 22-year-old has been linked with Liverpool but, with the Reds poised to spend big on Thiago Alcantara, may not have the resources required to make a deal happen.

And the report says United will have to pay a fee of £30m to land the Senegalese forward, with initial enquiries already made with the Championship side. 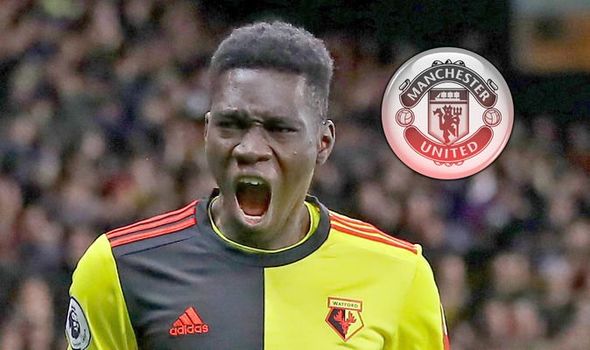 Sarr scored five goals for Watford in the Premier League last season as they succumbed to relegation, while also registering six assists along the way.

And he could soon be on his way to United, especially with their deal for Sancho hitting such a wall.

Solskjaer was tight-lipped when quizzed on the Dortmund forward when speaking on Friday morning, saying: “You know I can’t say anything about other clubs’ players out of respect for them, I can’t speculate.

“But we understand to get even further, one we need to develop what we have, two we are looking to strengthen the team, of course we are.

“Let’s just wait and see if we manage to bring anyone in. 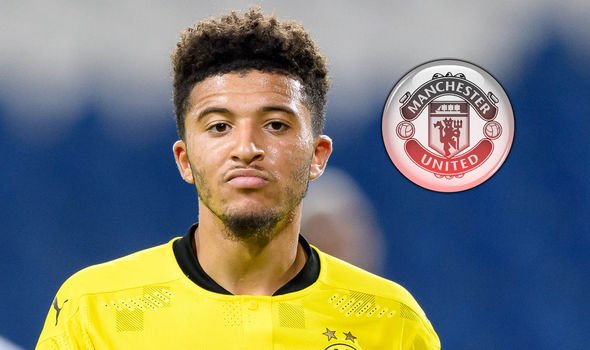 “I’ve been in dialogue with the club, we’re always discussing and let’s see if we can bring anyone in.”

“Like everyone else they had three months off because of coronavirus, so I don’t think it should be the case they didn’t have the resource or time to get things done,” Neville told the Daily Mail.

“Chelsea got their business done, [Manchester] City have got three or four pieces done. I don’t think timing’s the issue.

“It’s just a thing with United that every time they go for a player in the last four, five, six years it feels they are a little bit desperate.

“They think they can hang on but they always pay it [the asking price] in the end.

“That’s sometimes where I think you can take control, give a hard deadline and say ‘we’re moving away from this deal’.”

Borussia Dortmund boss Lucien Favre has insisted Sancho will be staying put, saying: “We need him, no question about it.

“Everyone was happy that he stayed.

“We don’t need to talk long about his qualities – they are enormous. He scores and prepares many goals, can often make all the difference.

“But there are a few details that Sancho needs to improve. That’s normal for a 20-year-old.”