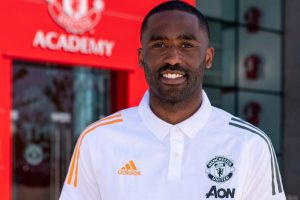 Manchester United have looked to the England set up to land a new secret weapon who will develop their youth sides.

The Red Devils new head of player development and coaching is 39-year-old Justin Cochrane who most recently worked with England's under-17s as lead coach and youth development phase lead.

The ex-Rotherham United and Queens Park Rangers player had been tipped to replace Aidy Boothroyd as England Under-21 manager before the Old Trafford hierarchy swooped in.

Cochrane joins the United backroom staff having spent nine years in the Tottenham academy system before joining the FA in 2018. He will oversee Man Utd's under-17 to under-23 academy teams. Cochrane mentioned the set up at Carrington as a leading factor in making the switch from England:

“Joining such a world-renowned Academy system is an extremely proud moment and I cannot wait to get started in this new and exciting role," said Cochrane speaking to the Man Utd media department.

"From the first conversations, I could see the depth of top-level coaching talent that is already in place at the club.

Who do you think Man Utd need to sign this summer? Let us know in the comments section “I look forward to working with each of them to provide the right environment for our players to thrive and to continue the phenomenal record of developing players for Manchester United’s first-team."

Last season Man Utd academy graduates contributed to over 25 percent of the game-time for first team players, in a campaign where five made their debuts under boss Ole Gunnar Solskjaer.

The former Antigua and Barbuda international was part of the management set up at AFC Wimbledon towards the back end of the campaign, where he helped steer the Dons away from relegation. After his appointment in February, Wimbledon had an upturn in form.

They lost just once in their final eight matches of the League One season.

READ MORE: Roy Keane says he never tried to injure anyone on the pitch – including Alf-Inge Haaland