Manchester United have two officials in Lisbon, working on concluding a deal with Sporting for Bruno Fernandes ahead of tonight’s derby, reports in Portugal have claimed. Old Trafford chiefs wanted the deal done before the match, while Sporting were determined to ensure their player plays against Benfica.

It looks as if Sporting will have their wish granted however the general consensus is that tonight will be Fernandes’ last game for the club before moving to the Premier League.

Portuguese journalist Goncalo Lopes issued an update for Manchester United supporters, in which he revealed that the club are currently in the process of finalising the deal.

He tweeted: “Long day for Bruno Fernandes. Do you play or not? 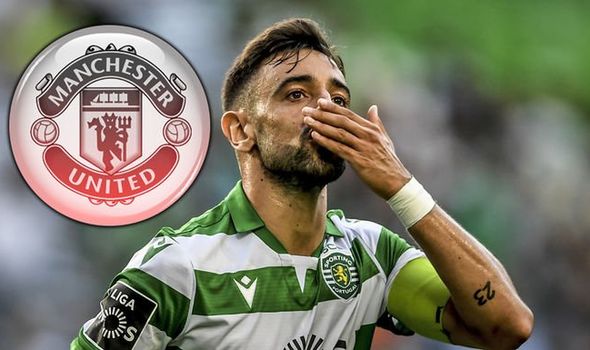 The report suggests that Mendes is no longer involved in negotiations, after presenting United’s formal offer to Sporting.

United are beginning to get agitated that the deal is being held up by the Primeira Liga club, who are looking to receive £70million up front.

Fernandes has already agreed personal terms with United and is awaiting the green light on a move.

Sporting boss Silas explained ahead of the clash with Benfica that Fernandes will play in the match.

There has been noise coming out of Portugal since that press conference that Fernandes requested to miss the match.

“The only certainty I have is that Bruno Fernandes will be present [vs Benfica],” Silas said. 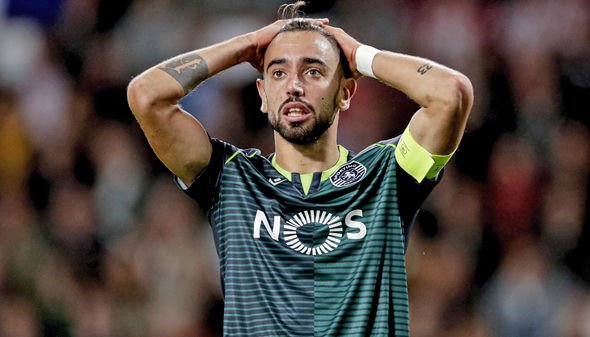 “We prepared the game with him and trained very well. He is an extraordinary player, the best and most valuable in the league, as he was last season.

“I’ve heard someone say that it’s not worth the money you are talking about and it’s true, it’s worth a lot more.

“In addition to attacking better than anyone in our country, still gives the most to defend. There is no player in Portugal who does what he does.

“When we have such an athlete it is normal for a lot of teams to want it, but I think tomorrow will be there unless disaster strikes.”

This could prove the perfect opportunity for Fernandes to sign off in style.

Sporting are already out of the title race and sit fourth, while Benfica sit top of the pile having dropped just two points all season.

However a win against their rivals would really boost spirits amongst fans and Fernandes will want to turn in a performance to remember.

Sporting are now willing to sell the 25-year-old due to encountering financial difficulty, but another stellar display tonight would give the club extra encouragement to demand a higher fee from United.