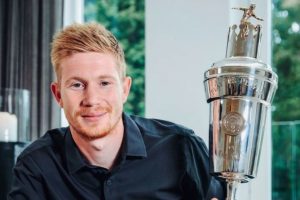 Manchester United’s Bruno Fernandes and Tottenham’s Harry Kane have been shortlisted alongside four Manchester City stars for the 2020-21 PFA men’s Player of the Year award.

The award is voted for by the players and the winner will be announced on Sunday June 6, alongside the women’s Player of the year and the Young Player of the Year.

Midfielder Fernandes will be one of the favourites for the award having had an excellent season with the Red Devils.

The Portuguese scored 28 goals in 46 appearances for Ole Gunnar Solskjaer’s side in all competitions. He helped them to finish runners-up to rivals Man City in the Premier League, the club’s highest finish in three years.

United also reached the final of the Europa League but were beaten after a thrilling penalty shootout against Villarreal.

Winning the award would cap a fantastic first 18 months in English football for Fernandes, who joined United from Sporting Lisbon for £47million in January 2020. 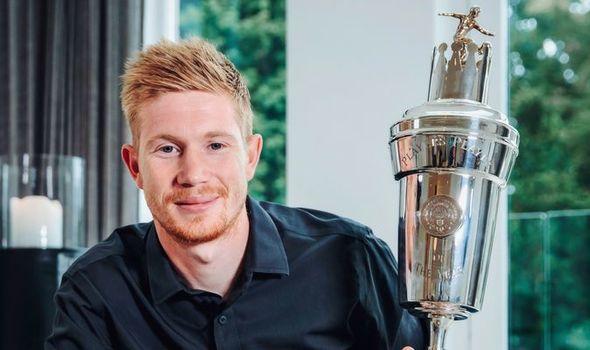 Spurs forward Kane has also been nominated for the award.

The England captain was named PFA Young Player of the Year in 2015 but has never won the main prize.

Jose Mourinho was sacked in April after failing to lift them north Londoners back among England’s elite and they eventually finished seventh under interim boss Ryan Mason.

DON’T MISS:
Tuchel told one transfer would turn Chelsea into Premier League champs
Everton have seven-man next manager shortlist including David Moyes
Everton can appoint boss with ‘point to prove’ after Ancelotti exit

Fernandes and Kane are on a shortlist dominated by league champions Man City, who won a third title in four years.

Kevin de Bruyne could become the first player to win in consecutive years since Cristiano Ronaldo in 2007 and 2008.

Ilkay Gundogan, whose flurry of goals around the Christmas and New Year period, helped to spark City’s turnaround in form.

The German had by far his most prolific season since joining from Borussia Dortmund in 2016, scoring 17 times. 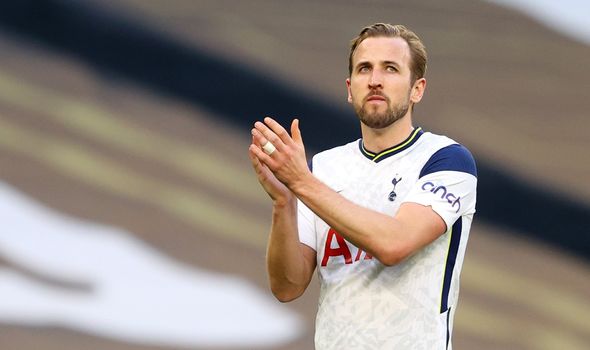 Ruben Dias is also nominated having had a remarkable first year in the Premier League.

The defender arrived from Benfica for around £60m and instantly improved Pep Guardiola’s back four following a difficult start.

Meanwhile, Phil Foden could become the first player to win the men’s and Young Player of the Year title since Gareth Bale in 2013.

Nominees for the Young Player of the Year award must have been aged 21 or under as of July 1 2020.

Foden is joined by England Euro 2020 team-mates Bukayo Saka, Declan Rice, Mason Mount and Trent Alexander-Arnold. Mason Greenwood, who pulled out of Gareth Southgate’s squad prior to Tuesday’s announcement of a 26-man squad, is also on the list.

Women’s Super League winners Chelsea share three players each with runners-up Manchester City on the shortlist for the PFA Women’s Player of the Year.

The Premier League and WSL Teams of the Year will be announced on Friday June 4.

The EFL Teams of the Year will be announced on Thursday.
Source: Read Full Article