Manchester United have made Aston Villa midfielder Jack Grealish their top summer transfer target ahead of Jadon Sancho. Ole Gunnar Solskjaer is keen to bring the 24-year-old to Old Trafford as he looks to continue to strengthen his squad.

Grealish has been the standout star for Villa this season, netting seven goals and providing six assists in the top flight.

And United will make a move for the midfielder regardless of whether his side are relegated from the Premier League.

The Mirror claim the Red Devils have now made Grealish their top target this summer due to concerns over paying a nine-figure sum to Borussia Dortmund for Sancho.

The winger is also wanted by United but there is an acceptance it may be hard to pull off in the current climate impacted by the coronavirus pandemic. 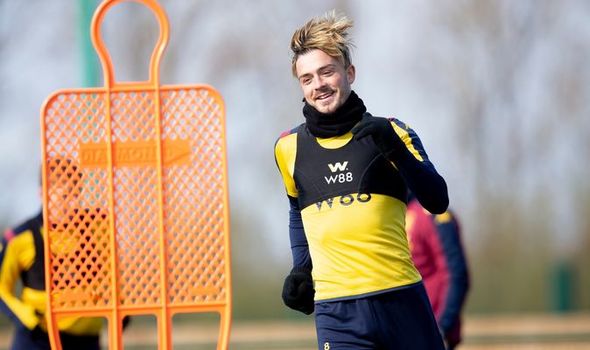 United have now completed their due diligence on Grealish and want to swoop despite the star’s breach of lockdown rules to attend a house party with Ross McCormack.

Villa would likely demand around £80million for Grealish this summer but United will hope to lower that price especially if the club are relegated.

Ed Woodward faces a battle with Bundesliga giants Dortmund to sign the Birmingham starlet in the summer window though.

Meanwhile, Grealish has admitted he thrives under the pressure of people targeting him.

“I love all that,” Grealish told the Express and Star.

“I love when people are on my back and targeting me.

“I always remember when I was a kid – and I am not saying I am anywhere near his level – but Cristiano Ronaldo used to come to Villa and the fans used to absolutely cane him. 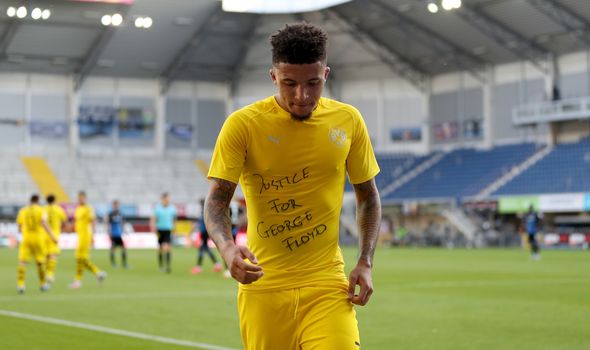 “He used to thrive off it and that is what I try to do.

“I try to thrive off the hatred from the fans.”

Grealish also expects the return of Premier League football after so long in lockdown to be tough for players.

“It is probably going to be a tough run-in,” Grealish added.

“But there are also teams who have not got much to play for we are playing against so you can look at it two different ways.

“I am confident we will come back and play to the best of our abilities. We are looking fit as a team, probably fitter than we were at this stage in pre-season. We still have another two weeks and hopefully we can get fitter and more prepared than ever.”