Manchester United fans are starting to worry. With Jadon Sancho continuing to slip through their grasp, and Gareth Bale now appearing set to join Tottenham, the Red Devils are at risk of entering the new Premier League season without an established right winger. And all signs point to Douglas Costa arriving at the current moment in time as a result, with alternatives on their wishlist all difficult to bring in.

Manchester United knew that they needed Champions League football to stand any chance of bringing Sancho to Old Trafford.

However, despite Ole Gunnar Solskjaer steering his side to a third-placed Premier League finish, they’ve struggled to land the Borussia Dortmund star.

Express Sport understands United remain hopeful of bringing the 20-year-old to the Theatre of Dreams.

But they’re unwilling to pay £108million to land the England international, with Dortmund insisting he’ll be remaining at the Westfalenstadion as a result.

That’s prompted United into looking at alternatives, with Solskjaer fully aware that his side are truly at risk of missing out on Sancho as a result of their current financial stance.

But the problem is that they, too, look unlikely to make the move.

Bale is back on the Red Devils’ radar, with Real Madrid determined to get the Wales international off the wage bill. 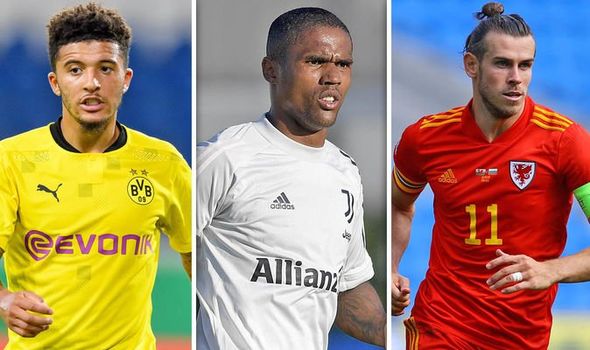 United have tried to sign the 31-year-old repeatedly in the past, with Sir Alex Ferguson, David Moyes and Jose Mourinho all giving it a good go throughout their respective spells at the Old Trafford helm.

But while United admire Bale, he now looks set to return to Tottenham instead. Daniel Levy is ‘obsessed’ with the prospect of re-signing the superstar, who departed the capital back in the summer transfer window of 2013.

To make matters worse, the Real Madrid star’s agent has confirmed he prefers a move back to Spurs than any other interested party.

Jonathan Barnett told BBC Sport: “Gareth still loves Spurs. We are talking [Spurs, Real and Bale’s camp]. It’s where he wants to be.”

United have other Sancho alternatives on their radar, too.

But, out of the other players currently being eyed at the current moment in time, Juventus star Costa seems the most likely to sign on the dotted line.

United have interest in Ivan Perisic, despite Ed Woodward refusing to sign the Croatia international for Mourinho in 2017 because he wasn’t marketable enough. Alexis Sanchez then arrived mere months later. 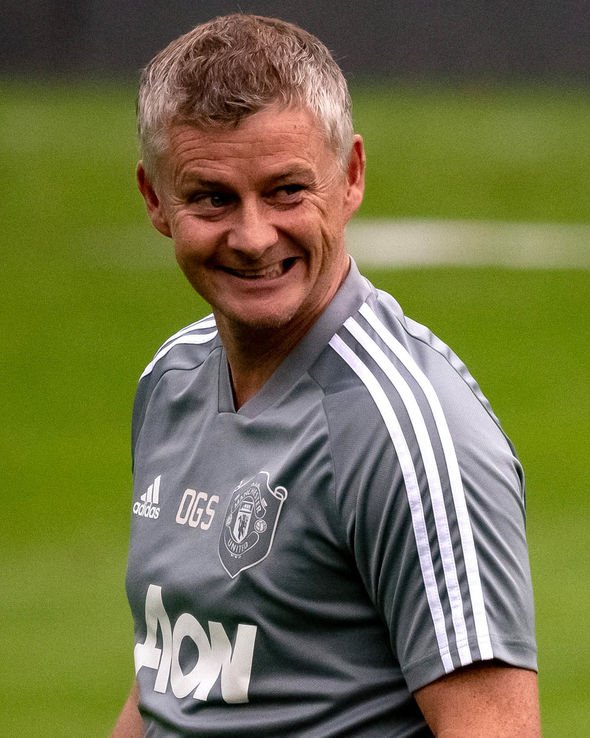 Perisic’s stock has risen over the past two years, with the forward helping his country reach the World Cup final in Russia and also playing a key role as Bayern Munich won the Champions League last term.

The 31-year-old is expected to be on the move this summer with Inter planning to cut him loose to raise funds.

But Bayern still seem frontrunners in the race to sign Perisic, with the Bundesliga titans keen to sign the forward on a permanent basis.

If it were to come down between choosing Bayern or United, he’d be inclined to go for the former. Especially after being snubbed by the Red Devils in the past.

Kingsley Coman is another on United’s radar.

But the France international’s heroics in the Champions League final against Paris Saint-Germain mean Bayern want to keep hold of him. Should that happen, he’d compete with the likes of Serge Gnabry and Leroy Sane for a starting berth.

Ousmane Dembele and Ansu Fati have both been considered as well.

But not only would both players be expensive, they’re both seen as vital to Barcelona’s new project under Ronald Koeman. As a result, they’re not for sale.

And that means that Costa DOES look likely to join United.

Juventus have put the Brazil international on the market and are willing to do business for just over £20m. He would represent a gamble having scored just three goals last term but United would rather sign somebody than nobody at all.

With Sancho, Perisic, Dembele, Fati and Bale all looking beyond their reach, all signs point to the Juventus veteran moving to Old Trafford.

But what ultimately happens is something only time will tell.