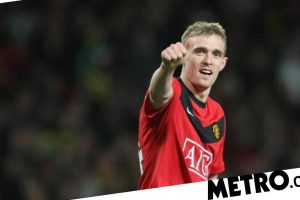 The former Scotland captain spent 20 years with the club after emerging from the Red Devils’ academy at the age of 16.

Fletcher left the club in 2015 but he returned to coach the U16s following his retirement and he’s been linked with a board-level role at the club.

However, United confirmed today that Fletcher will take his first steps into coaching by joining Solskjaer’s first team set-up.

‘Darren has the United DNA running through his veins and he knows exactly what it takes to be a Manchester United player,’ said Solskjaer.

‘He is at the start of his coaching career and his experience both on and off the pitch along with his winning mentality, commitment and hard work will be a great addition to the staff.’

The Scot joins with United level on points with Liverpool at the top of the Premier League table and Fletcher admits it’s an exciting time for the club.

‘I am delighted to be returning to the club as a first -team coach,’ said Fletcher.

‘It’s a very exciting time for this young team and I am looking forward to taking the next steps in my coaching career by working with Ole and his staff.’