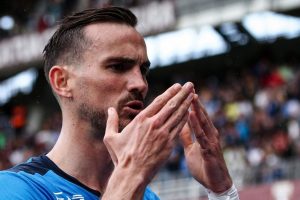 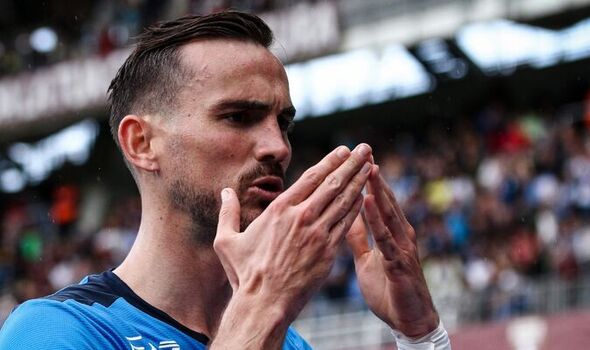 Manchester United have ‘made an attempt’ to reach out to Napoli midfielder Fabian Ruiz’s representatives over a potential transfer, according to reports in Italy. The Spain international playmaker has long been linked with a move to the Premier League but a switch to England has continued to elude him, despite links to Arsenal and Liverpool in the past.

Now it appears United could be lining up a swoop for his services – with Ruiz’s contract due to expire in the summer of 2023.

Napoli are expected to entertain offers in the region of £25million for the former Real Betis man and that could represent a snip for any interested suitors.

According to Italian journalist and Napoli expert Ciro Venerato, United are lingering in the background. He told CalcioNapoli24: “Manchester United made an attempt with Fabian’s entourage.”

Manchester United are far from done in terms on incomings after landing three signings to date in the form of Tyrell Malacia, Christian Eriksen and Lisandro Martinez. 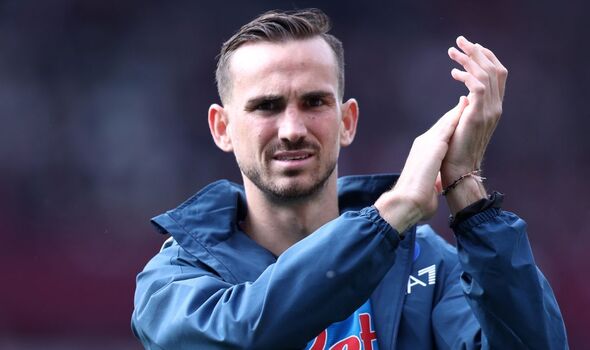 Yet another midfielder is very much in the offing for Erik ten Hag, who has already laid on record that he wants to strengthen his options in the centre of the pitch.

The Dutchman recently said: “We signed Eriksen for the midfield department, we are really happy with that.

“I’m also happy with the performance of our midfield and offensive department.

“This season has a lot of games, with the World Cup, so we need more options.

“We need a good team, a good squad, to get the right results at the end of the season. We need to strengthen the squad even more, and we’re looking around, but we need the right players.”

United are expected to fall short in their attempts to sign Frenkie de Jong from Barcelona with the Holland international still expected to stay in Catalonia.

Alternative targets are yet to emerge although Youri Tielemans and Ruben Neves could yet fall under consideration.

Ruiz would represent an attractive option given that he can play both as a creative midfielder or a No 8 – something United are currently looking for having lost Paul Pogba.

West Ham have previously explored a deal for the Spaniard, who is reportedly at risk of being dropped to the fringes of the Napoli side next season due to his ongoing contract situation.

United have also lost Nemanja Matic as well as Jesse Lingard and Juan Mata, who have previously played in midfield as well as attack.

The Red Devils have received no indication that Declan Rice could be available this summer as West Ham continue to price their captain out of a move.

Jude Bellingham is another talented midfielder admired by United but Borussia Dortmund will not sell this summer.