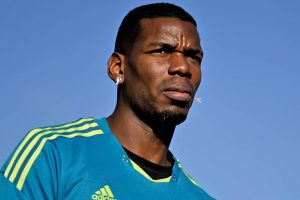 Over the weekend, a section of Manchester United fans on social media started calling for Paul Pogba to return in the wake of Juventus being docked 15 points. However, while the 29-year-old can be brilliant on his day, the Red Devils are better off without him. For a number of reasons, too…

Manchester United expected Pogba to be the ticket to the biggest trophies on the planet when they signed him from Juventus back in 2016.

However, EFL Cup and Europa League triumphs aside, the France international would end up being considered a gigantic flop.

Some of this was on Pogba himself, of course. The midfielder’s constant flirting with Real Madrid never helped and his application in training wasn’t always replicated on matchdays.

Yet there’s also a sense United failed the Juventus star, too, with Jose Mourinho, Ole Gunnar Solskjaer and Ralf Rangnick all unable to get the best from him.

With Juventus going through a tough period, in the wake of the decision to dock them 15 points, some fans have started to call for a return for the midfielder.

Yet United have already made the right decision to let him go and, as things stand, there’s no chance of yet another Hollywood homecoming.

Firstly, there was always a sense Pogba was doomed to fail from the start.

The Red Devils spent £89million on him in 2016, a fee that saw him become the most-expensive player in the whole of world football.

The previous record-holder had been Gareth Bale who, while divisive at Real Madrid, still propelled them to the biggest trophies on the planet.

So, obviously, expectations soared. Supporters, pundits and managers all expected the world from the midfielder, who had sparkled during his time in Italy.

But midfielders are rarely 10/10s every week. Casemiro, who joined in the summer as a replacement, may be one but they’re rare in world football.

United, by paying that much for Pogba, put him in an impossible position. That the call was made while in transition also didn’t help matters either.

And Pogba’s injury woes are also proof the club are better without the 2018 World Cup winner, for all his obvious talent.

The midfielder was crocked throughout large parts of last season, limiting him to just 20 Premier League appearances as a result.

And his woes have worsened over in Italy, with the midfielder yet to kick a single ball in a competitive match for Juventus since his return.

Pogba, on his day, can be one of the best players on the planet.

But United are better off without him and the feeling is mutual. This chapter has been written already, and the book is well and truly closed.

Speaking after his return to Juventus back in the summer, meanwhile, Pogba admitted he was happy to have left United behind.

“I like to think and say that it is my heart that made the choice to come back to Juventus. It was also maybe the right time to come back here,” Pogba told GQ Italia.

“The last three years in Manchester, also conditioned by injuries, did not go the way I wanted, it’s not a mystery.

“Juventus came from two years in which they did not win the Scudetto. It was a good challenge for both of us, and maybe it was the right time to get together and try to take back our rightful place: me and Juventus.

“Inside of me I know that this jersey is very special. It brings out my best. We built a good history with this team, which I never forgot even when I left.

“Coming back here for me is always a reason to push even harder, to stimulate myself to do well. I never had any doubt that this is were I belong.”