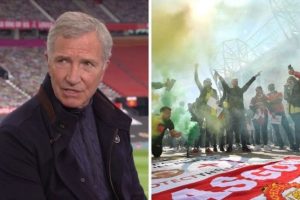 Manchester United fans have angrily hit back at Graeme Souness after he defended the Glazer family in the face of huge supporter protest. United’s Premier League fixture with Liverpool was postponed on Sunday after protesting fans made their way into the stadium.

Thousands of United fans descended upon Old Trafford to protest against the ownership in the wake of the European Super League.

After gathering outside, a group managed to gain access into the stadium, with many running onto the pitch.

The Glazers have long been unpopular with United supporters, with protests going back all the way to the start of their stewardship.

However, Souness, as part of Sky Sports’ coverage claimed the demonstration would have little impact and claimed that it was borne out of a frustration over a lack of success on the pitch.

“I don’t think it will (have an impact). The Glazers, since Fergie retired, have given successive managers over a billion pound to spend. I think it’s £719million net spend over the eight years,” Souness told Sky Sports. 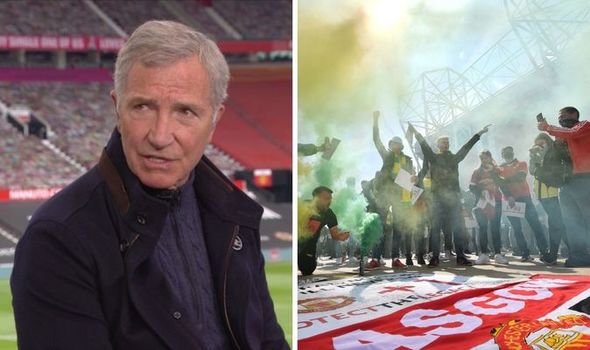 “I think it’s born out of United not being top dogs as much as what happened last week, I think that’s another excuse to have a go at them.

He continued: “These are serious, serious business people, I don’t think this will impact on their thoughts. I really don’t.

“We live in a country where you can demonstrate, you can vent your feelings, you’re allowed to do it, but I still don’t see it impacting on the Glazers one little bit.

“If you think you can bring serious pressure to serious business people who live 3,000 miles away, across the Atlantic, that it will drive them to accept a discounted offer for Manchester United, that will not happen. 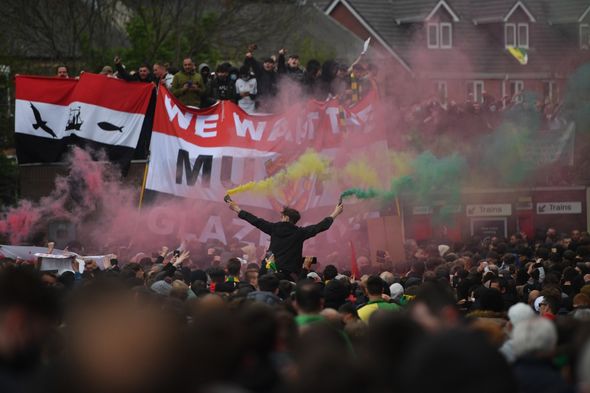 “They’ve had to put collateral in, you don’t just go to the bank and say I want to buy Manchester United, I’ll need £500million or however much it costs to buy, without committing some sort of collateral.

“They’ve risked things to buy Manchester United, since then, they’ve given successive managers fortunes to spend.

“It’s only since Fergie stopped that the success has stopped and I think that irritates supporters and they have become the focus of their anger. I think it’s slightly misdirected.”

Fans on social media have been quick to point out that protests regarding the ownership has been going on for years, including the successful years at the end of Sir Alex Ferguson’s tenure as manager. 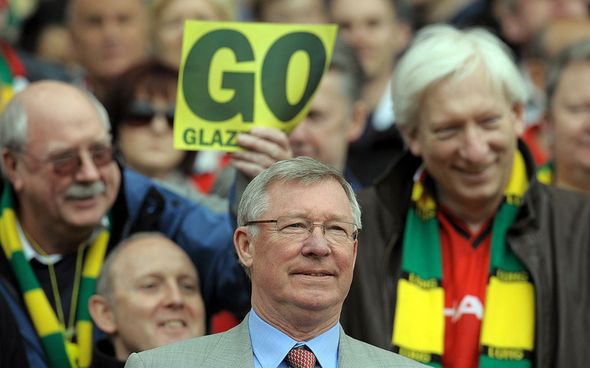 One fan posted: “Graeme Souness is and has always been out of touch. I’m not surprised by his comments but I’m still surprised at how he processes the information in front of him, especially with this tripe of defending the Glazers.

“Graeme Souness “United fans weren’t protesting against The Glazers when they were winning” #GlazersOut protest in 2010. Souness is clueless, got his Liverpool hat on & can’t see the bigger picture,” another said.

A third added: “Graeme Souness trying to deviate the real #GlazersOut protest by siding with the Glazers. The same man who planted a Galatasaray flag in the middle of a Fenerbahce pitch and made a career in punditry slandering Pogba. Dude has been the snake all along.