Eagle-eyed Manchester United fans have spotted Ed Woodward on the Eurostar travelling to Paris today. The Red Devils chief is believed to have travelled from London where he has been for talks over a transfer for Bruno Fernandes.

United are believed to be closing in on a deal for the Sporting Lisbon midfielder.

Now Woodward has been spotted on the Eurostar travelling to the French capital leading to a raft of fan theories and transfer demands.

But United have told Express Sport that Woodward’s trip to Paris is ‘related to club matters but not with a view to transfer prospects’.

Ole Gunnar Solskjaer is keen to strengthen his side this month before the January 31 deadline. 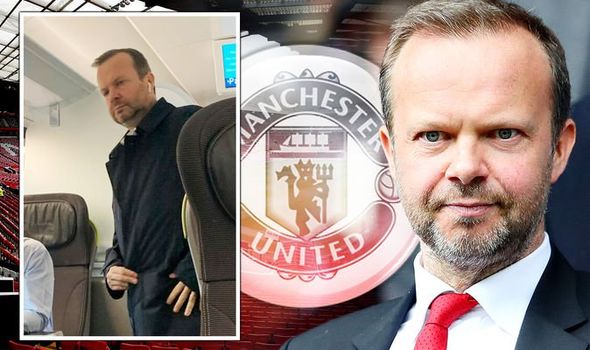 Express Sport understands Fernandes is expected to be the first new arrival at Old Trafford with a deal being thrashed out for the 25-year-old.

The midfielder has been in superb form this season, netting 15 goals and 13 assists in all competitions.

United boss Solskjaer was asked about transfer this morning in his press conference ahead of the FA Cup third round replay with Wolves tomorrow night.

“I’ve got no transfer updates, so no,” said Solskjaer.

“If we get something that we can tell you about we will, but I’ve got no news now.”

Woodward travelling to Paris sparked several comments from fans speculating about possible arrivals and what had happened with Fernandes.

One said using a gif of Kylian Mbappe: “Who’s in Paris? Woody’s about to do a madness.”

Another added: “Neymar it’s pogba plus 145 million and it’s on.” 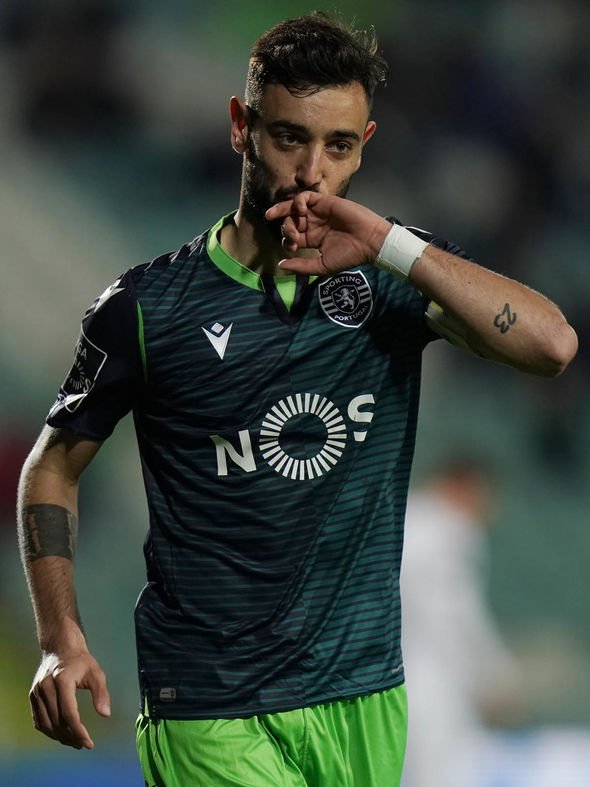 A third exclaimed: “Bruno’s deal is done. Cavani next”.

Express Sport understands United are trying to wrap up a deal for Fernandes worth and initial £50m.

It is expected to be a straight money deal because of Marcos Rojo’s wage demands to move back to Sporting Lisbon.

Representatives of Fernandes and Woodward have met at United’s Mayfair offices in London as they try to come to an agreement.

United will hope they can push through a deal and have the midfielder available for the Premier League showdown with Liverpool at Anfield on Sunday.

The Red Devils are looking at several other stars including Leicester star James Maddison and Aston Villa ace Jack Grealish.

Solskjaer is desperate to add to his midfield with Paul Pogba and Scott McTominay ruled out with injury.