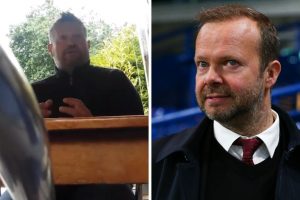 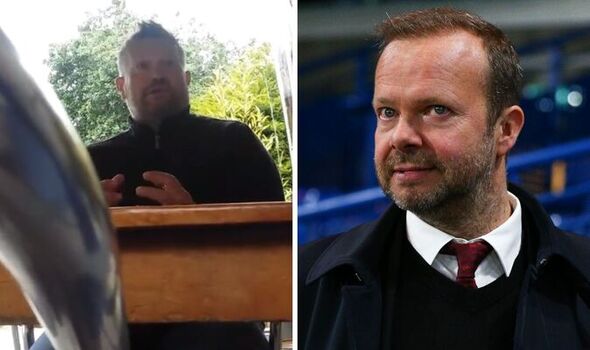 Manchester United CEO Richard Arnold has been secretly filmed in an exchange with a group of fans that the club have wasted £1billion in recent years. Arnold had reportedly caught wind that a group of frustrated United fans were planning a protest outside his house and agreed to meet with a few of them at his local pub in Cheshire.

Arnold, who has taken over from Ed Woodward, then spoke candidly about the state of affairs at United. One fan present secretly filmed part of the conversation and posted it on Twitter.

And Arnold was filmed admitting that United had wasted £1bn on transfers over the years while admitting last season was a “f***ing nightmare”.

“We spent a billion pounds on players. We have spent more than anyone in Europe,” he said. “I’m not thrilled where we are. It doesn’t sit easy with me and I worry how we get this sorted for the future.

“What’s happened is we have f***ing burned through cash. You can’t go to our training ground and say ‘show me where the £1billion is’ because we haven’t spent money well historically.

“I’m not here to defend (chairman) Joel (Glazer). He must speak for himself. But you have taken the time to come here and make your views known – and I respect that.

“We’ve blown through an enormous amount of money. For this summer, the money the manager and the director of football (John Murtough) wants is there.

“For the future, for investing in a new stadium and a latest-and-greatest training ground we’ve got to do something. We’ve got to get investors in. I need that to do what I want for the club. I’ve got to have more cash now because no club in the world has the money to build a new stadium.

“You either borrow it or invest it. The money has got to come from somewhere. You might not like our current owners – I can’t help that.

“But if you want someone else to come in they will see that the fans love the team and that is positive. But last year was a f***ing nightmare. There was hate at every game.”

Arnold was also asked about United’s interest in signing Barcelona midfielder Frenkie de Jong. He admitted that the Dutchman is of interest to Erik ten Hag, but he doesn’t play an active role in recruitment.

Arnold added: “Money is not a consideration on who we want. The manager wants him (De Jong) and they have actually done the work. He’s a great player.