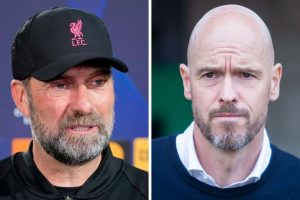 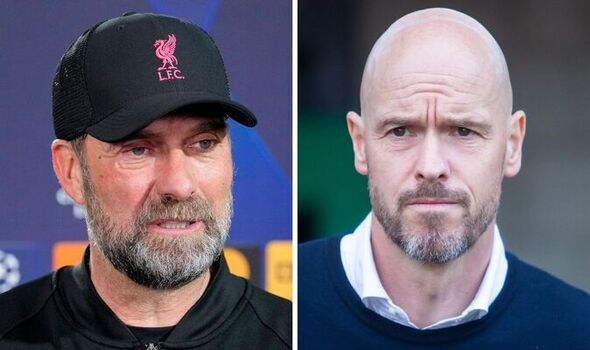 Manchester United are yet to make any ‘final decisions’ on who they’re looking to buy with Erik ten Hag not arriving until the end of the season, but a good opportunity to bring in West Ham star Jarrod Bowen could arise early in the window. United are heading into a summer transfer window where wholesale changes are expected to be made.

The likes of Paul Pogba, Jesse Lingard and Nemanja Matic will all be leaving while there is strong speculation over the futures of Eric Bailly, Phil Jones and Anthony Martial. Replacements will be needed and it’s been reported that Ten Hag will be backed to spend money in his first transfer window in charge.

Improving the defensive line will be a priority with United leaking goals this season, while at least one central midfielder capable of marshalling the defence will also be targeted. There is also the strong likelihood of another central striker being signed to help ease the burden on Cristiano Ronaldo.

Edinson Cavani was a good option when he arrived at Old Trafford, but injuries in recent months have forced him out of the squad. But bolstering their attacking line in general may well be a top priority with Jadon Sancho and Marcus Rashford struggling this season to get amongst the goals.

While Sebastian Haller has been a revelation under Ten Hag at Ajax, there has been plenty of goal involvements from all his options across the frontline. Dusan Tadic, Antony and Steven Berghuis all have 39 goals between them while also providing an impressive 42 assists.

Having a cohesive attacking unit where everybody is in tune with each other is what United have been lacking this season. And an opportunity to sign Bowen this summer may well give Ten Hag exactly what he needs to start building at United.

According to CaughtOffside, United aren’t currently in the running to sign Bowen. But that is potentially because no ‘final decision’ has been made on United’s transfer targets with Ten Hag yet to arrive.

Liverpool are still named as the club showing most interest in signing Bowen having been strongly linked over the past 18 months. They opted against making a move last summer and then chose to chase after Luis Diaz in January instead.

Early reports indicate Liverpool won’t be looking to make many big signings in the summer, suggesting they will once again overlook signing Bowen. That could open the door for United to swoop in for a player who has been on an upward trajectory ever since joining West Ham.

The forward has 10 goals and as many assists in the Premier League this season- along with important strikes in the Europa League. And at 25 years of age, Bowen would likely fit the profile of a player Ten Hag will be looking to sign in the summer.

West Ham have already proven with Declan Rice that they’re not willing to sell their star players on the cheap. But if Bowen begins showing interest in having more regular European football after getting a taste for it this season, then United may be the next step in his career.