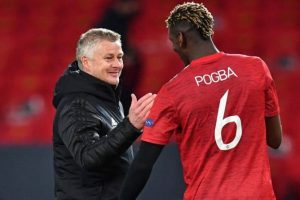 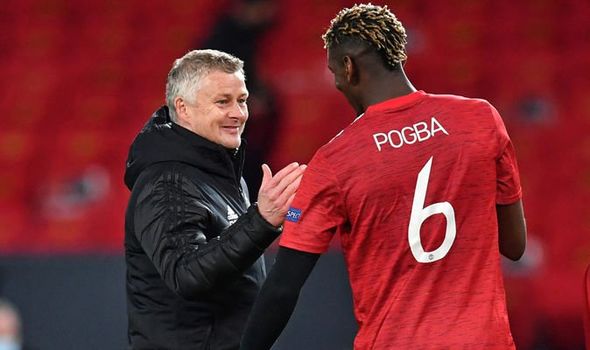 Manchester United boss Ole Gunnar Solskjaer believes he has an “unstoppable” weapon in the Premier League title race next season in Paul Pogba – if the Frenchman can stay fit.

The 28-year-old midfield all-rounder is enjoying one of his finest campaigns for United this season with six goals and seven assists in 37 appearances.

But more than his number of direct goal involvements, the France international has turned in some dominant performances in the middle of the park, also impressing out on the left wing.

Pogba scored his first Old Trafford goal in two years as United beat Roma 6-2 in the first leg of their Europa League semi-final tie on Thursday.

That helped United put one foot into the final in Gdansk, Poland on May 26 as the Red Devils seek their first piece of silverware since May 2017.

United have previously suffered semi-final disappointment five times under Solskjaer but it appears they will finally end their hoodoo in Europe this term thanks to their commanding first-leg lead. 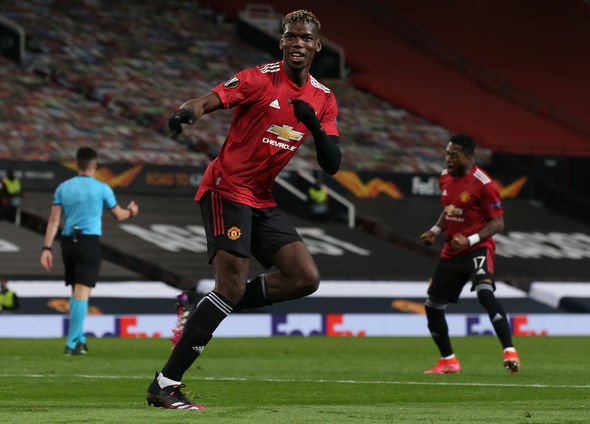 In the Premier League, United are primed to finish second to Manchester City, who they trail by 10 points with five games remaining.

They face Liverpool at Old Trafford this Sunday (4.30pm) in a result that would go some way to securing their status as best of the rest behind City.

But next year, Solskjaer wants to bridge the gap to United’s neighbours in search of a first league title since 2013, when Sir Alex Ferguson was in charge.

And in Pogba, the Norwegian reckons he has a player who no Premier League defence can stop provided he avoids injuries.

Solskjaer said post-Roma: “I’ve managed him the same way all through. Paul knows my feelings about him, how important I think he is. 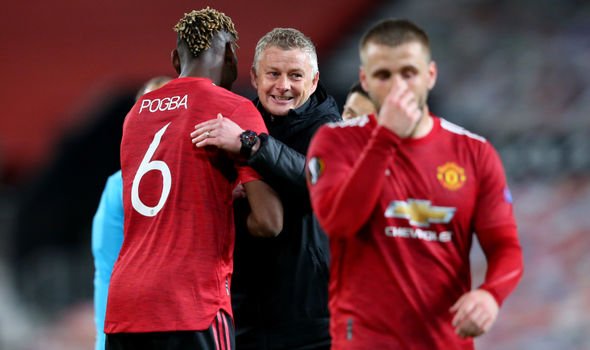 “We want him fit and running. With his qualities, when he’s fit he’s unstoppable. We create an environment here where players want to come and work every day.

“The coaches have done that, we want players to enjoy it.”

And speaking ahead of Sunday’s clash with rivals Liverpool, he continued: “We know what they’ve done the last three or four seasons.

“They’ve been top of the league, they’ve won the Champions League and they’ve had some amazing seasons.

“That’s the challenge for us, to have that consistency now that we’ve moved up the table and that we also challenge Manchester City.”

United’s hopes of catching City may be boosted by Pogba signing a new contract to commit himself to the club beyond 2022.

The Athletic reported on Friday that club-record signing Pogba would welcome the offer of an extension at Old Trafford.

He has made 201 appearances, contributing 38 goals and 40 assists, since joining from Juventus for £89million in the summer of 2016.

And Solskjaer will no doubt hope to keep the Frenchman in Manchester next term and beyond given his glowing praise of the player.

He’s also keen to strengthen his squad with the likes of Borussia Dortmund frontman Erling Haaland, who would seriously aid a bid to deliver major trophies over the coming campaigns, in the summer transfer window.

And with even more talent added to the team, Pogba may then be at the heart of a long-awaited Premier League triumph next year. Solskjaer certainly thinks he can be.