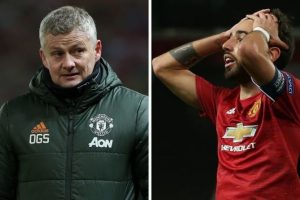 Arsenal icon Ian Wright believes Bruno Fernandes is becoming a “frustrated” figure at Manchester United, but Ole Gunnar Solskjaer may have the answer to solving the issue. It’s been just over a year since Fernandes arrived at Old Trafford and he’s proven to be arguably the best piece of business at the club over the last decade.

The midfielder has turned United’s fortunes around with expectations now high on the club winning silverware in the very near future.

They looked in good shape to win at least one trophy last season only to lose at the semi-final stage in the Carabao Cup, FA Cup and Europa League.

And they were knocked out in the same stage of the Carabao Cup this campaign at the hands of Manchester City back in January.

Fernandes has been unable to hide his disappointment at the club’s inability to get over the hump, and that’s often come out in matches when United have failed to pick up all three points in the league. 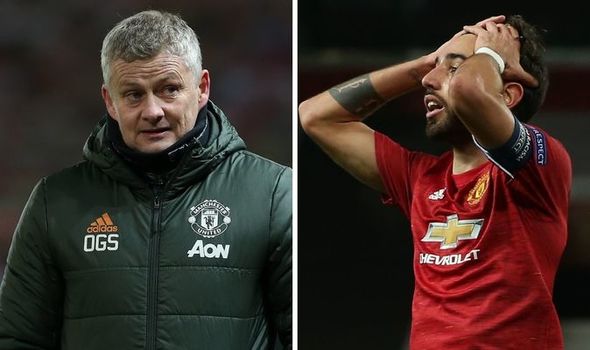 City are runaway leaders in the Premier League title but it’s clear that Fernandes still believes that United should be up there contending.

In the 1-1 draw away at West Brom earlier this month, Fernandes even clashed with Solskjaer during the game in a debate on where the midfielder should play.

Fernandes has also been noticed waving his arms in anger at team-mates during matches.

And Wright suggests Fernandes’ frustrations may not be having a positive impact on the squad.

“I look at Bruno Fernandes and he just seems to be getting more and more frustrated with people when I’m watching him,” Wright said on Wrighty’s House podcast.

“I don’t want people to take this wrong and say, ‘oh, Wrighty’s digging him out’.

“I’m not digging him out, I just look at leaders like him, he’s obviously the leader of Manchester United, it’s blatantly obvious to see.

“Dennis [Bergkamp] was the leader for us on the pitch and I never saw him get frustrated with individuals to the point where he was turning and doing that thing because it’s so demoralising for you. 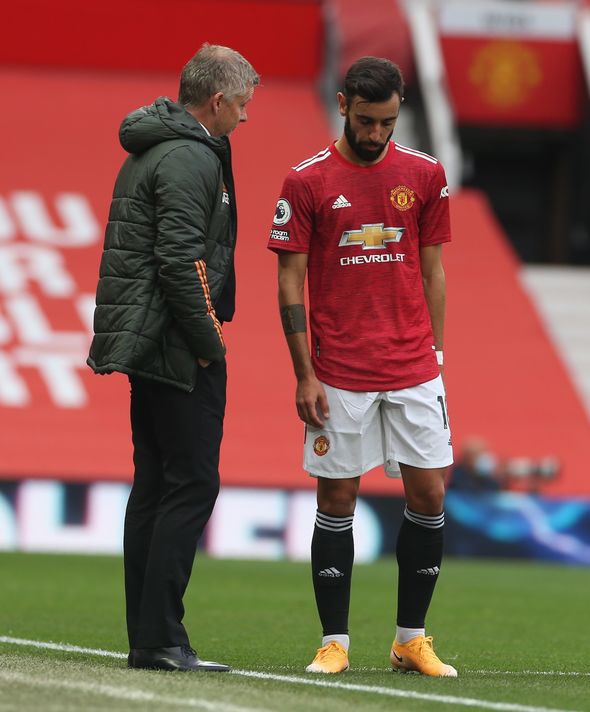 “He looks like a perfectionist, if everything is not bang on perfect he seems to be upset.”

Solskjaer has spoken about Fernandes’ antics in the past, stating the rest of the United squad can learn from his “winning mentality”.

But for United to reach Fernandes’ high expectations, Solskjaer also knows that winning silverware will be the first aim in appeasing their star midfielder.

They have a great opportunity in the Europa League this season and are favourites to lift the trophy.

And bolstering their squad further this summer to build a squad around Fernandes capable of mounting a serious title challenge will also be key to keeping the Portugal international happy.