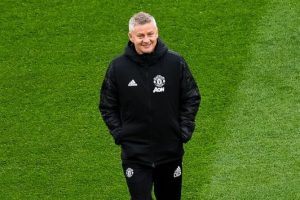 Manchester United have started the new Premier League season in emphatic fashion and have stormed to the top of the table. But they have still come under criticism from notoriously hard-to-please pundit Graeme Souness.

United began their campaign with a 5-1 thumping of Leeds United as they illustrated their attacking prowess from the off.

They dropped points to Southampton in their second game of the season with a 1-1 draw before seeing off Wolves 1-0 before the international break.

And they dazzled home fans once again on Saturday as they swept to a 4-1 victory over Newcastle United.

Saturday’s game saw Cristiano Ronaldo making his second debut for the club and he hit two goals to mark his return to England in style.

Despite their early-season form, Souness took aim at United over the weekend for their decision to sell Romelu Lukaku in 2019.

The Belgium forward spent two years at Old Trafford but fell out of favour under Ole Gunnar Solskjaer after a poor run of form.

And he was shipped off to Inter Milan in 2019, where he became nothing short of a sensation.

Lukaku returned to Chelsea this summer for a second spell in west London and has hit the ground running, notching three goals in three games for Thomas Tuchel’s side.

“He hasn’t got a weakness. I’m not saying he’s brilliant at everything but he’s got no obvious weakness.

“If you’re playing against him and you’re a centre-back you’re not going to enjoy it.

“I don’t think anyone will enjoy playing against him. He’s got a bit of everything in his game and he’ll be the difference for them should he stay fit.”

In United’s defence, they sold Lukaku for only a little less than they bought him for and spent the money on the likes of Bruno Fernandes, who has made a huge impact at Old Trafford.

And United boss Solskjaer has two other players who can prove Souness wrong.

Man Utd appear to have the here and now sorted. In Ronaldo, they have managed to persuade one of football’s greatest ever players to return to the club.

The Portugal forward may be 36 years old but he shows no signs of slowing down and is more than capable of banging in a mouthwatering number of goals for United this season.

Ronaldo has the physique most players in their 20s dream of possessing and, if he can stay fit, there is no reason why the forward can’t enjoy another two or three seasons at the top of the game.

Meanwhile, Solskjaer is also blessed with a homegrown superstar in the form of Mason Greenwood.

Greenwood is still only 19 years old but has already made a startling 109 appearances for Man Utd. And he’s a lethal finisher.

Greenwood has struck three goals in four Premier League games this season and appears to have a huge future in the game.

The forward looks set to become United’s main man in front of goal in years to come.

So Solskjaer surely won’t be worried about letting Lukaku leave – it just didn’t work out at Old Trafford for Chelsea’s star man.