Manchester United, for 95 long minutes, knocked on the FC Copenhagen door. Ole Gunnar Solskjaer’s side had efforts from Marcus Rashford and Mason Greenwood chalked off, saw Bruno Fernandes strike the post and looked to the heavens in despair. And while they eventually struck through Fernandes, it’s offered more evidence as to why the Red Devils need Borussia Dortmund star Jadon Sancho.

Not for the first time, and certainly not for the last, United find themselves in the midst of a transfer saga.

Unlike a year ago, talk isn’t of Paul Pogba leaving for Real Madrid. Or the club needing a playmaker like Bruno Fernandes. Or a centre-back like Harry Maguire.

Instead, Sancho is very much the talk of the town. The Borussia Dortmund star is Solskjaer’s top target and, over the past two weeks, the Red Devils have upped the ante.

As things stand, however, the England international evades them. Things are threatening to turn ugly, too.

United are unhappy with Dortmund’s conduct during transfer negotiations. They find things too slow for their liking, not helped by the involvement of a third party in Marco Lichtsteiner.

And, on Monday, the Bundesliga giants took the bold step of claiming Sancho would be staying at the Westfalenstadion for the upcoming campaign. 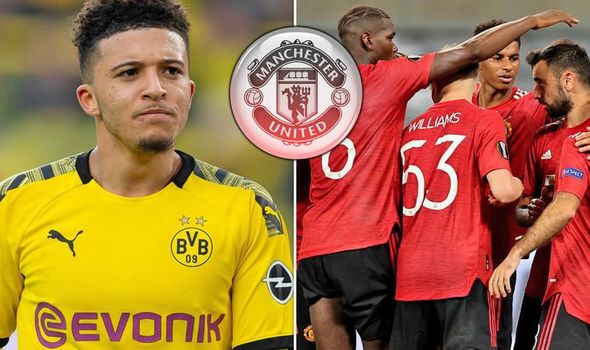 “We plan on having Jadon Sancho in our team this season, the decision is final,” Michael Zorc told reporters.

“I think that answers all our questions.

“Last summer, we adjusted Jadon’s salary to match the development of his performances.

“So in context, we had already extended his contract until 2023 back then.”

For some, United walking away would be the right thing to do.

After all, can they really justify such a big financial outlay at a time where the coronavirus crisis is still ongoing? For a player who, for all his talent and potential, remains just 20 years old? 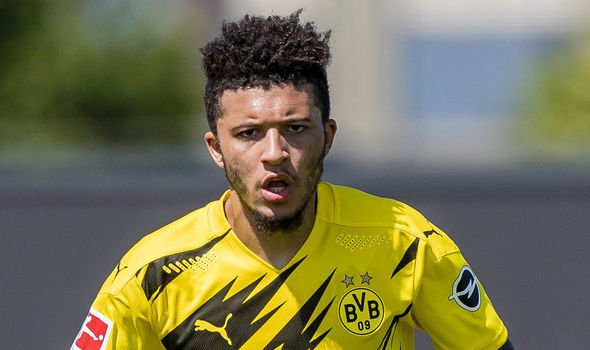 But, for footballing reasons, Sancho would be worth the effort. And Monday night’s showdown with FC Copenhagen in the Europa League was proof of that.

Marcus Rashford, Anthony Martial and Mason Greenwood are all fantastic players. And they’ve all had fantastic individual campaigns.

But United need more if they’re to challenge the likes of Liverpool and Manchester City for the Premier League title next time out.

And, with the Red Devils chasing the goal, Solskjaer only made a change once the 90 was up.

Obviously, they’re match winners. He’s bound to keep them on because he knows they have the ability to win any match all by themselves.

But if they’re not performing, United at present don’t have a Plan B. Odion Ighalo wasn’t among the first to enter the fray and Daniel James is so out of form there’s already talk of a loan away.

It’s why they need Sancho.

They can’t rely on Greenwood to produce a moment of magic weekly just yet. He started the season aged 17 and still has work to do, even if he sparkled on occasions on the night.

Martial has been the best player for United since the restart but he looked off the pace in Germany.

And Rashford has looked jaded in recent times. But with James and Ighalo the backup options, Solskjaer daren’t drop him.

Sancho would offer United huge competition for places and, at 20, would encourage the others to improve further rather than rest on their laurels.

It’s a good night for Solskjaer and his men but the need for the Dortmund star is growing increasingly obvious. Woodward must now attack the situation or risk the Red Devils coming up short in future.