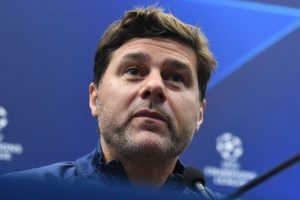 Chelsea boss Thomas Tuchel could be set to reap the rewards of Manchester United potentially appointing Mauricio Pochettino as their new permanent manager in the near future. The Red Devils are said to be keen on landing the former Tottenham boss, who took charge of Paris Saint-Germain at the start of this year.

Pochettino is reportedly open to joining United after growing frustrated over his current role with the Ligue 1 heavyweights.

The 49-year-old is strictly employed on a head coach basis at the Parc des Princes, with sporting director Leonardo taking care of the club’s wider footballing affairs.

His family also remained in London after he joined PSG back in January, suggesting that a Premier League return could soon emerge as a real possibility.

United are said to have identified Pochettino as their priority target to succeed Solskjaer, who was relieved of his duties on Sunday morning.

They are reportedly looking to appoint an interim boss until the end of the season before chasing the PSG manager’s services in the summer.

However, it remains to be seen whether United will abandon their temporary plan if a move for Pochettino can be engineered immediately.

If the Red Devils eventually manage to land the Argentine coach, it could inadvertently help Chelsea to achieve one of their most important transfer goals that went unfulfilled over the summer.

Tuchel was said to be keen on landing a world-class right wing-back to bolster his side’s defensive ranks before the end of the window.

The Blues tried to sign Achraf Hakimi from Inter Milan but ultimately came up short despite submitting at least one high-profile offer to the Italian champions.

Hakimi eventually decided to join Pochettino at PSG and has since established himself as a regular starter under his new manager’s guidance.

If Pochettino leaves Paris, though, it could potentially see Chelsea re-enter the frame to land Hakimi ahead of next season.

The defender previously admitted that his decision to snub a Blues switch was heavily influenced by Pochettino, suggesting that he could be swayed by a renewed approach if United decide to raid PSG in their search for a new boss.

“When I got offers from PSG and Chelsea, I felt I had to come to Paris, where I would be happy,” Hakimi told L’Equipe earlier this year.

“Pochettino also played an important role in my decision. I like his style, he has the ball and always thinks of the attack.”

Meanwhile, it remains to be seen whether Tuchel would still be keen on landing Hakimi amid the recent form of Reece James, who has excelled since the beginning of the campaign.

The England man has registered three goals and a pair of assists in his last four Premier League appearances for the Blues.

He was also on target as Chelsea swept Juventus aside in their Champions League meeting on Tuesday evening to maintain his prolific recent run.

However, the addition of Hakimi would still provide the European champions with a fresh injection of quality on the right-hand side and could even allow James to play at centre-back next season.

The likes of Antonio Rudiger, Thiago Silva and Andreas Christensen will be out of contract in the summer, with all three players yet to sign fresh terms at Stamford Bridge.

It seems as though Chelsea could look to reignite their interest in Hakimi if Pochettino joins United over the coming months, but a move could be difficult to engineer if he ends up staying in the French capital.

Whatever happens, it will be crucial for the Blues to make the right decisions ahead of next season to boost their hopes of achieving domestic and European success.