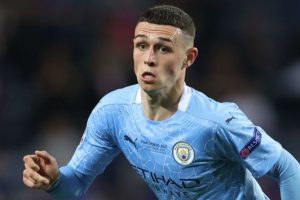 England international trio Phil Foden, Marcus Rashford and Mason Greenwood have been rated as the most valuable players in the top five leagues in Europe, according to a new study. The annual list, published by the CIES Football Observatory in Switzerland, factors in players’ ages, performances, economic value and also inflation.

It caps a fine end to the 2020-21 campaign for Foden, who has emerged as one of Man City’s most important players under Pep Guardiola this season with 16 goals and eight assists.

The 21-year-old played an instrumental part in City’s run to their first-ever Champions League final, before losing 1-0 to Chelsea in Porto.

The next highest names on the list are Manchester United forwards Greenwood (£152.8m) and Rashford (£136.6m).

JUST IN: Tottenham rule out swap deal for Kane and demand at least £150m 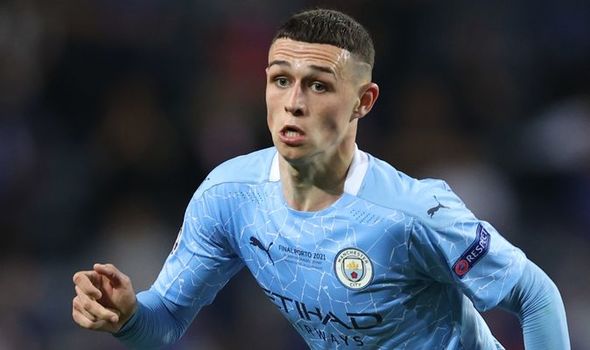 The United academy graduates enjoyed fruitful campaigns in front of goal, with Rashford finishing the season on 21 goals and Greenwood contributing 12 goals to the Red Devils’ cause.

United playmaker Bruno Fernandes also makes it into the top five with an estimated value of £132.4m — nearly three times the fee United paid Sporting Lisbon to sign him 18 months ago.

Chelsea midfielder Mason Mount is the next highest-priced Englishman at 10th on the list with a price tag of £106.1m.

His performances at the Etihad have not gone unnoticed, with Foden fully deserving of the PFA Young Player of Year award.

The young midfielder will feature at Euro 2020 alongside Rashford and Mount with England this summer, but Greenwood has pulled out of the squad.

Borussia Dortmund striker Erling Braut Haaland, who capped his meteoric rise with a stunning return of 41 goals in 2020-21, is the most valuable player outside of the Premier League with a 155.5m euros (£133.5m) price tag.

Foden is joined on the list by fellow City team-mates Bernardo Silva, Ferran Torres goalkeeper Ederson (£53.2m) and centre-back Ruben Dias (£97.9m), with the latter two classed as the most expensive players in their respective positions. 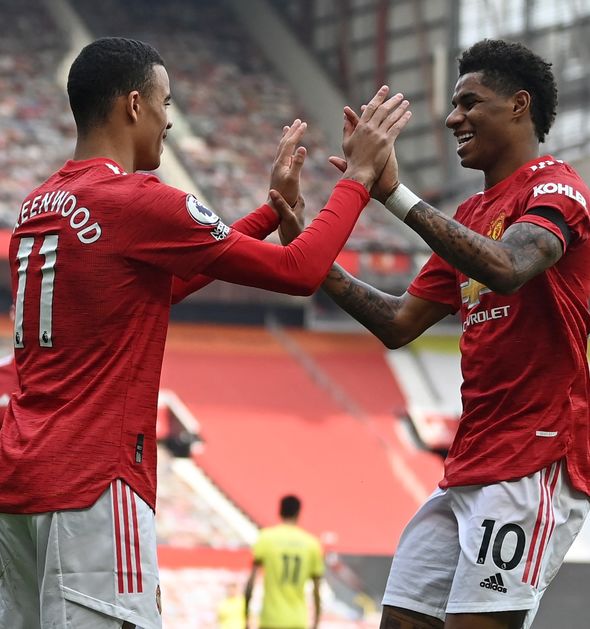 Surprisingly, two of the most coveted players in European football — PSG’s Kylian Mbappe and England starlet Jadon Sancho — failed to make the top 10.

That is despite rumours PSG chief Nasser El Khelaifi dismissing speculation linking Mbappe with a £150m move to Real Madrid this summer.

Reports also suggest United are locked in talks over a deal to sign Sancho, 21, for a reported £80m plus add-ons from Borussia Dortmund.