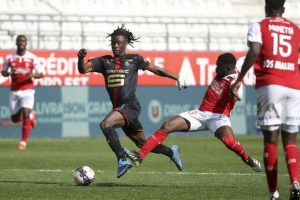 Manchester United have taken the next step in their pursuit of young French superstar Eduardo Camavinga. The teenager is one of the most sought after youngsters on the European market and the Red Devils are virtually guaranteed to face stiff competition if luring him away from Rennes this summer is a possibility.

United are rumoured to be holding a meeting about the potential signing next week as it would take a sizeable investment to land the player.

It is thought a bid of around £45million would perk the interest of Rennes as his contract only has one more year to run, making him a bargain relative to his talent and potential.

Solskjaer and co have reportedly taken the deal to the next level by establishing contact with Camavinga’s agent.

Journalist Sacha Tavolieri posted on Twitter: “Manchester United have engaged talks with Eduardo Camavinga’s agents and are concretely interested in signing the midfielder.” 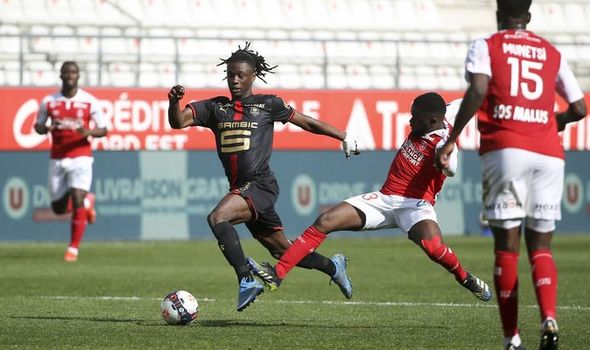 Midfield reinforcements could become a priority for United this summer with the restless Donny van de Beek linked with a move elsewhere.

Although Van de Beek spent most of his time on the Old Trafford bench, uninterrupted game time would not be realistic for teenager Camavinga who would have plenty of time to grow into the first team.

Of course, this is not to say that the Frenchman is not already first-team quality, shown by the fact that he already has three caps for the competitive French national team.

Having broken through at such a young age, Camavinga has already notched almost 100 club appearances, a rarity for a player operating in the heart of midfield.

Premier League rivals Arsenal are also interested in the youngster according to reports, although the Gunners have not taken the steps that United have in order to set the wheels of the transfer in motion.

PSG are the main threat to United’s transfer pursuit however, with the player understandably keen to stay in his native France to continue his development.

Camavinga has been tipped to become one of the world’s best midfielders, gaining notoriety for his speed, work-rate and quick feet in the middle of the park.

United want to make him their second high-profile young signing of the summer with Jadon Sancho set to call time on a never-ending transfer hunt by making his switch to Old Trafford official. 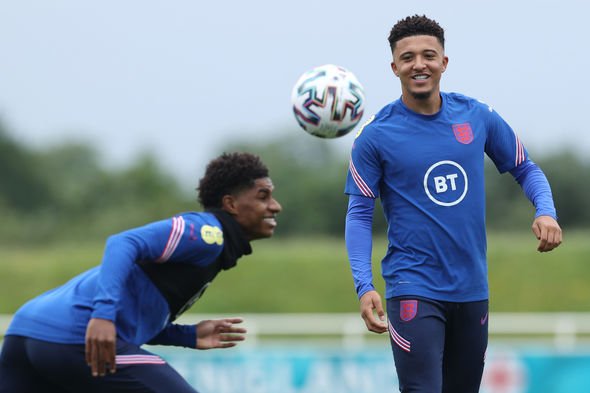 Although no announcement has been made yet, a recent bid of £77m is expected to be approved by Dortmund which would pave the way for the England international to return to his homeland.

If fans are able to lay eyes on both Sancho and Camavinga when next season gets underway, it will have been quite the summer behind the scenes at Old Trafford.