Manchester United players were left fuming after conceding a soft opening goal in their 1-1 draw away at Club Brugge on Thursday night.

United went 1-0 down when Emmanuel Dennis ran through on goal straight from a goal-kick and lobbed Sergio Romero who had rushed out to collect the ball.

Just seconds earlier, United had been on the attack before Nemanja Matic tried and failed to win a corner-kick near the corner flag. 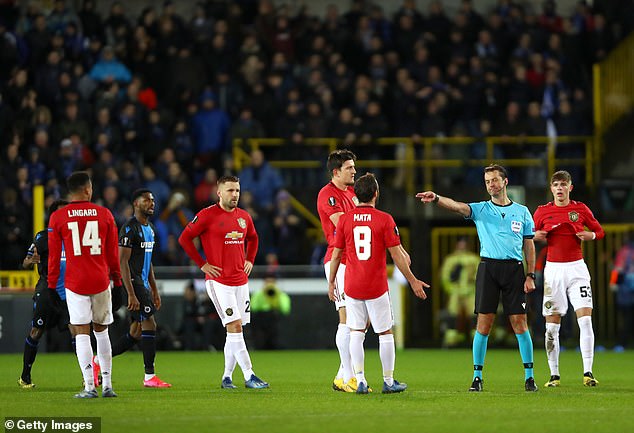 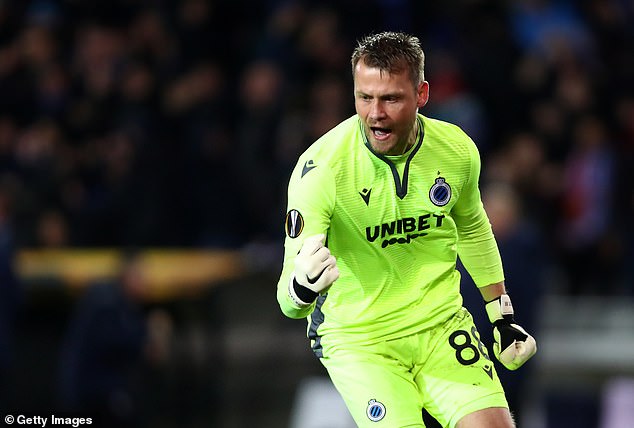 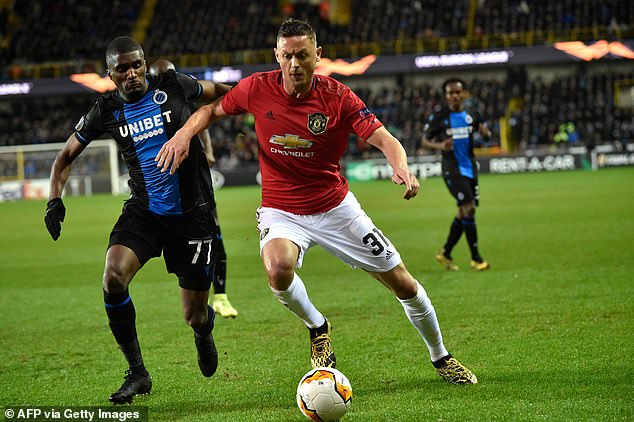 In the aftermath of the goal, United players then complained that the ball was rolling when Mignolet hit his goal-kick, but the goal was allowed to stand.

BT Sport pundit Owen Hargreaves was dismissive of United’s complaints and said their defence and Romero were at fault for the goal.

He said: ‘[The] first goal, Matic tries to get a corner and doesn’t get it. One quick long ball, the pitch is wet, Romero can’t come off his line there, United were disorganised and paid the price.

‘I don’t know why they didn’t use VAR to review the tackle on Matic near the corner but the mistake is clear and obvious from United’s defence.

‘Romero is too far off his line, if he stays on his line maybe Brugge don’t score. Young Dennis is a goalscorer, we saw that against Real Madrid.’ 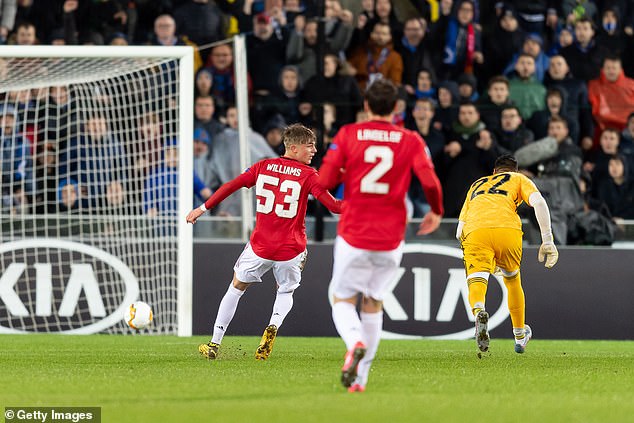 ‘Brugge played really well first 35 mins, should’ve been 2 or 3 nil up. United looked flat and sloppy, they’re lucky to still be in the game. They got a gift for the goal.

‘United didn’t create much, positionally they were not right in my opinion, they were sloppy.’

Fortunately for United, a brilliant goal from Anthony Martial, which saw him rob the Brugge defence of possession before dribbling through on goal and finishing, gave them an equaliser shortly before half-time.

Ole Gunnar Solskjaer’s side improved in the second period but couldn’t find a second goal, though a 1-1- draw leaves them in a strong position ahead of the second leg at Old Trafford.