Manchester United’s plea for extra tickets for the derby game has been largely ignored by hosts City.

United complained about a reduced allocation for last season’s fixture but have been given only 70 more for the game at the Etihad on November 11.

United were hoping that last year’s allocation of 2,792 would be upped to the 3,000 given to other Premier League visitors. 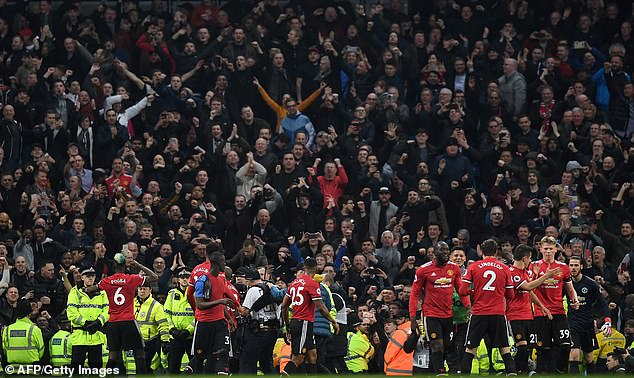 However, in a move which may stoke cross-city fires, the Old Trafford club have been given 2,862 tickets, an increase of only 70.

United declined to comment and are not expected to write another letter of complaint to their rivals, as they did last season.

However, privately there is some disappointment at the club, especially after similar talks with Liverpool in recent seasons have led to improved behaviour and increased allocations for clashes at Anfield. 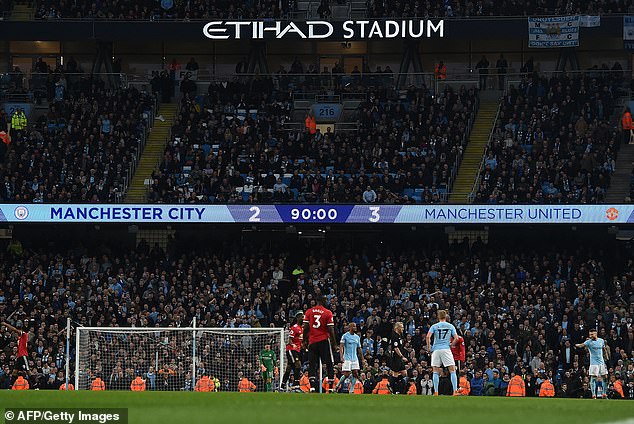 United, who won the derby in April, have been given just an extra 70 tickets this time round

A source close to the issue said: ‘The extra 70 is seen as a bit of a mickey-take, and it hasn’t gone down well. United aren’t happy with it, but they don’t want to get involved in a slanging match.’

Sources at City say that the decision is based on the police’s categorisation of the match, which deems it an ‘increased risk’ fixture, and that the allocation reflects safety concerns for all involved.

Ahead of last April’s derby, which United won 3-2 to delay City’s title celebrations temporarily, rival fans clashed on the outskirts of Manchester city centre, hurling road signs at each other and using planks of wood as weapons.