‘If we are signing him let’s get on with it!’: Manchester United fans driven crazy on Twitter waiting for Bruno Fernandes deal to get over the line

Manchester United supporters have expressed their frustration on Twitter as the Bruno Fernandes deal continues to edge painfully slowly to completion.

It is understood that United want to seal £60m move for Bruno Fernandes on Friday after making progress in talks with Sporting Lisbon chiefs on Thursday night.

However, the drawn out nature of the transfer has seen fans head to Twitter to urge their team to speed things up. 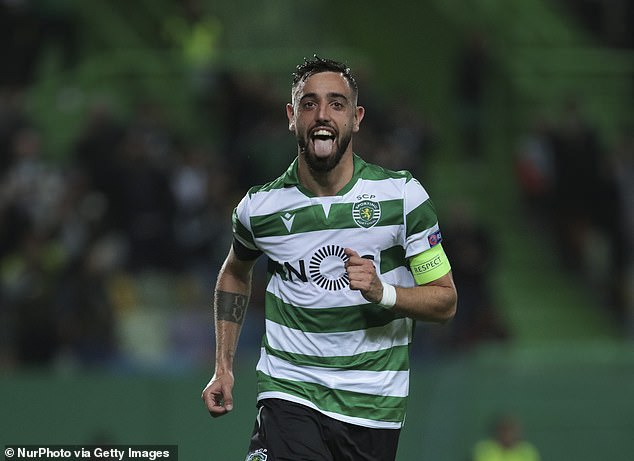 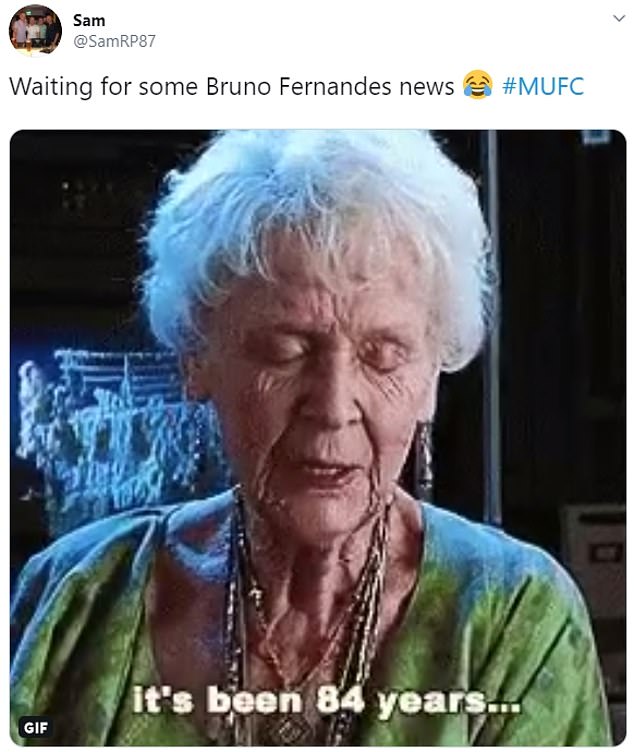 Fernandes was set to feature in Friday’s clash with rivals Benfica, but reports claim he could now miss the match with the deal close to being completed.

Sporting, however, reportedly remain confident he will still be able to play in the match.

The fixture could prove to be Fernandes’ last game for Sporting and an opportunity to say goodbye to supporters at the Jose Alvalade Stadium. 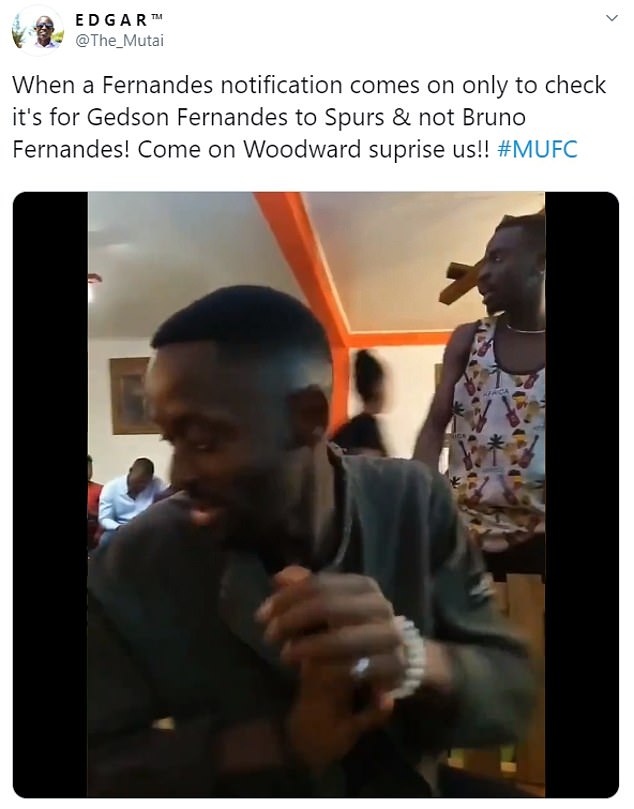 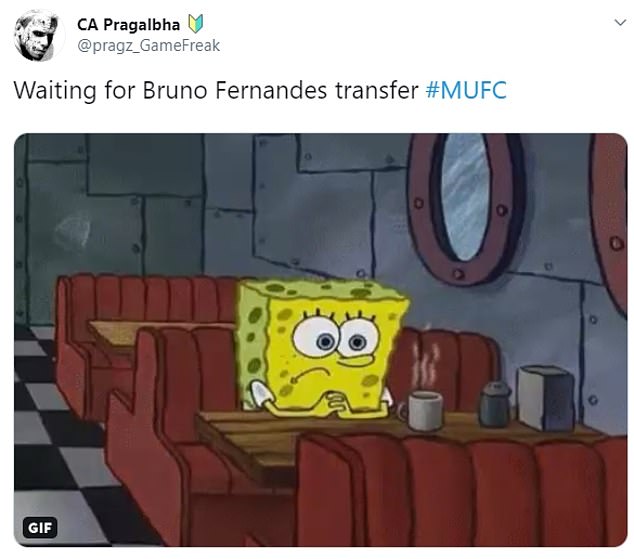 Boss Silas confirmed on Thursday that the 25-year-old would feature barring a ‘disaster’, although the latest twist in the saga appears to have accelerated the midfielder’s switch to Old Trafford.

United representatives were in Lisbon on Thursday night as the two clubs tried to thrash out a deal after reaching a sticking point over the fee.

Both parties were initially some way apart on the valuation of the player with United unwilling to offer over £42million up front. 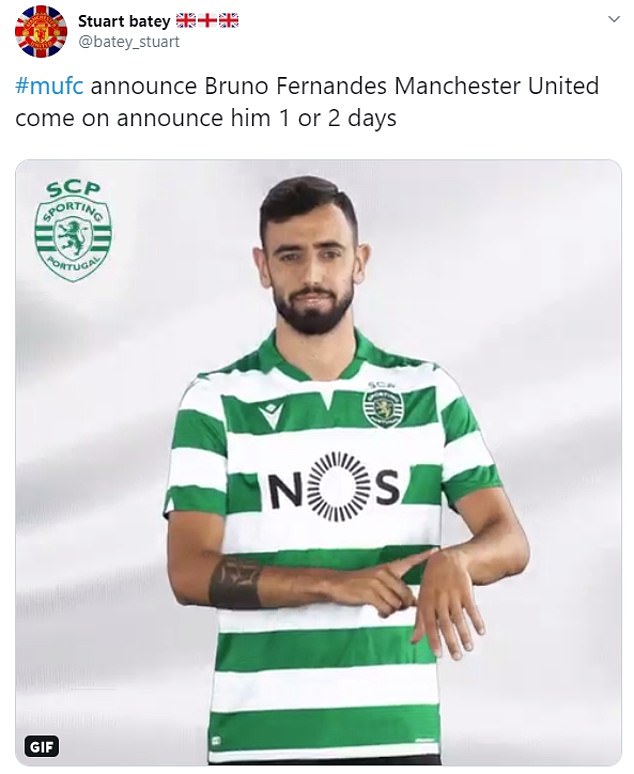 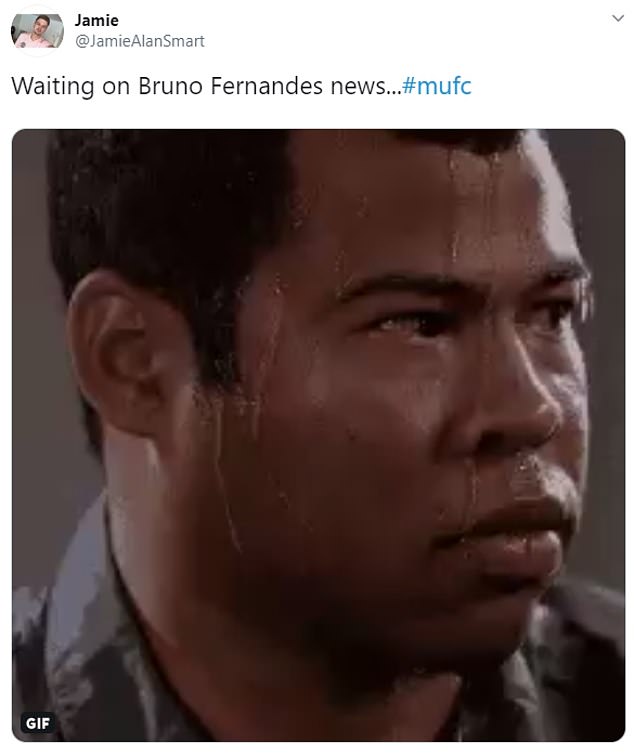 However, the deal has accelerated after United reportedly upped their offer, which will either be structured as a £50m fee plus £8m in bonuses or £55m plus £4m in bonuses.

Super agent Jorge Mendes attended United’s FA Cup tie with Wolves on Wednesday, and is thought to have been tasked with hauling the deal over the line.

It is even believed that Sporting had demanded players from United in exchange, although another report from Portugal believes that is now not the case.

Andreas Pereira and Marcos Rojo had been tipped to make the move to Portugal, with the latter returning to his former club, but both players rejected the switch – leaving Sporting free to increase their demands. 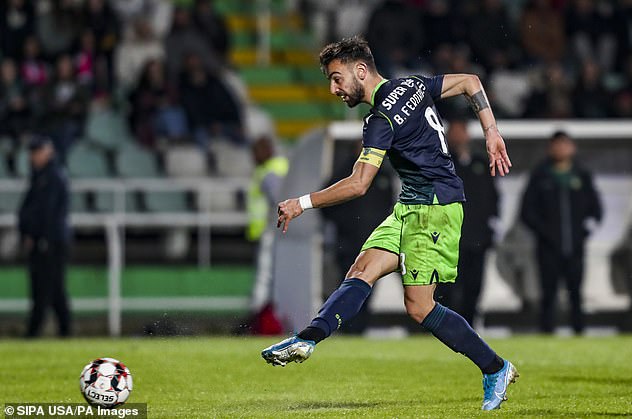 Sportsmail understands Fernandes has already agreed personal terms worth around £130,000 a week with the Old Trafford side.

United boss Ole Gunnar Solskjaer was keen to snap up Fernandes this month after losing both Paul Pogba and Scott McTominay to injuries.

The Portugal international has enjoyed another stellar campaign for Sporting, scoring 15 times and laying on 13 assists in all competitions.

Saracens about to 'fall off a steep cliff'