One Manchester United fan could not hide her disappointment as she watched Marcus Rashford step up to take a free-kick during Sunday’s Premier League clash against Chelsea.

The Red Devils were awarded the set-piece in a promising position shortly after half-time when N’Golo Kante fouled Eric Bailly around 30 yards from goal.

Paul Pogba, Ashley Young and Juan Mata were all hovering around the ball but it was eventually decided that Rashford would get to have a crack. 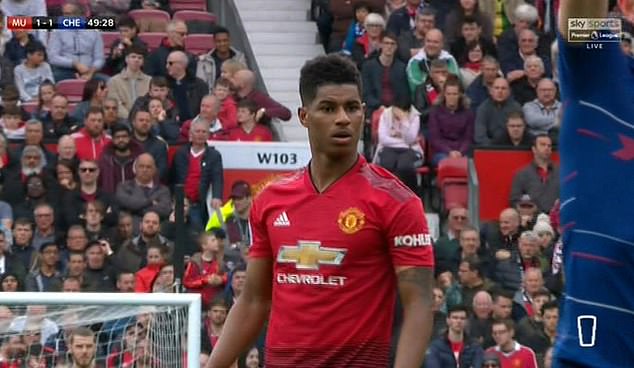 The woman’s reaction in the background is priceless once she realised that Rashford was taking the free-kick it. pic.twitter.com/uHOrvDs3tY

And one United supporter couldn’t believe her eyes as she watched the other three players walk away from the ball, leaving Rashford to have his effort at goal.

The television cameras zoomed in on the Englishman as he prepared for his effort and in doing saw captured the moment the woman hid her head in her hands as she realised in the background.

Rashford proceeded to produce a better attempt than she was clearly expecting, his shot kicking up awkwardly in front of Chelsea keeper Kepa Arrizabalaga, who did well to hold on with United players sniffing around for a fumble.

Ultimately both sides took home a point courtesy of first half goals from Mata and Marcos Alonso. The result leaves United three points behind the fourth-placed Blues and two points short of fifth-placed Arsenal with two games remaining. 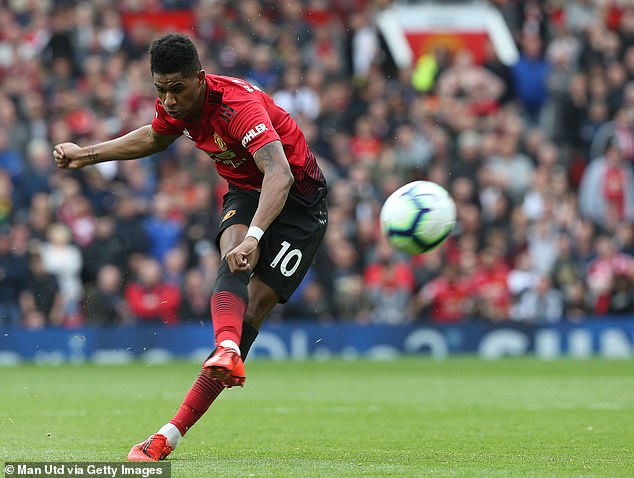 COVID-19 and college football: Where each Power 5 conference stands on 2020 schedule

Clive Tyldesley ‘upset, annoyed and baffled’ at ITV decision to remove him as lead commentator

Paulo Dybala will become 'the face of Juventus and club captain'