Manchester United 1998-99 vs Manchester City 2018-19: From Ryan Giggs to Raheem Sterling, which side comes out on top in battle of greats?

While Manchester City will not collect the Champions League this season, their points total will once again put them among the greatest sides in the history of the Premier League.

And like 20 years ago, a team from Manchester could collect silverware from three of the four competitions they entered. Manchester United won the Premier League, the FA Cup and the Champions League, while City already have the League Cup and are in the FA Cup final.

But how do both teams compare? Sportsmail has taken a look at both and rated them below. 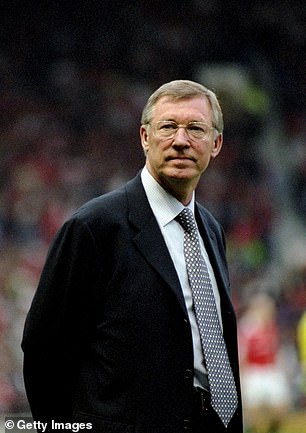 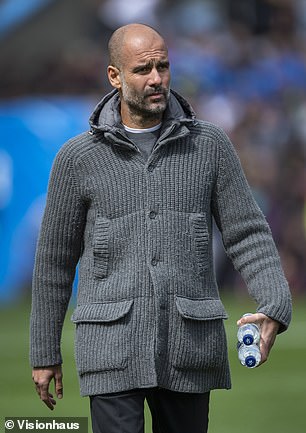 Probably the best goalkeeper in the world at that stage and changed the game with his ability to close down people one-on-one.

No-frills right back who was a reliable, dependable cog in Sir Alex Ferguson’s side.

A colossus at centre half and added some steel to the back line – his departure would later be Ferguson’s biggest regret. 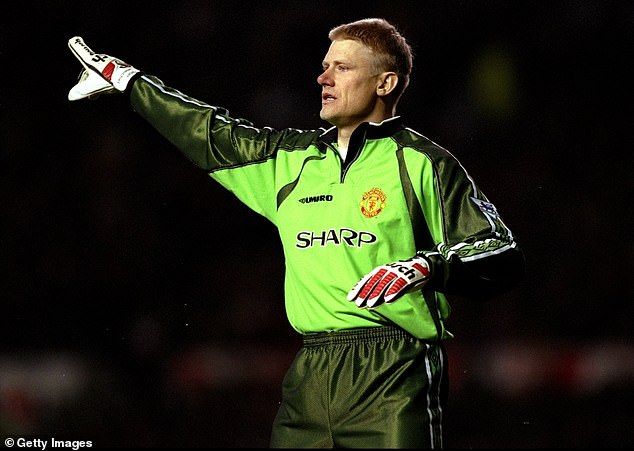 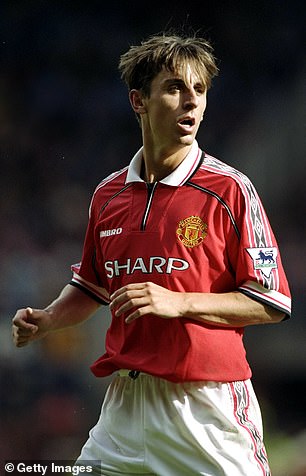 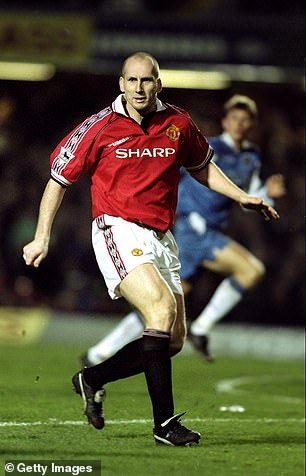 No one would pick him out as a star of the side but he played a key role throughout the campaign.

Much like Neville, offered solidity on the left and a foundation for the attacking thrust of the rest of the side.

Lost amid the glitz and the glamour off the pitch is just how talented Beckham was on it. A wand of a right foot. 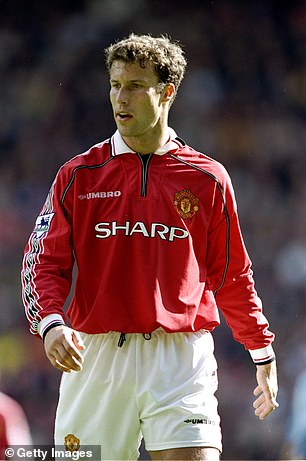 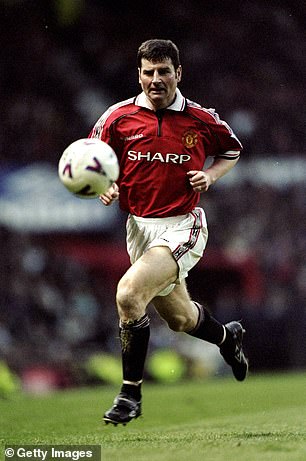 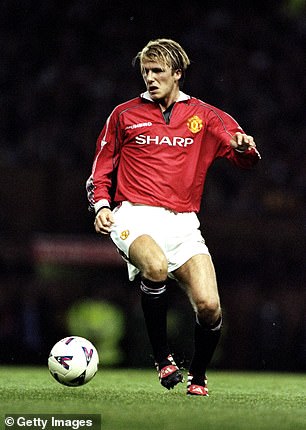 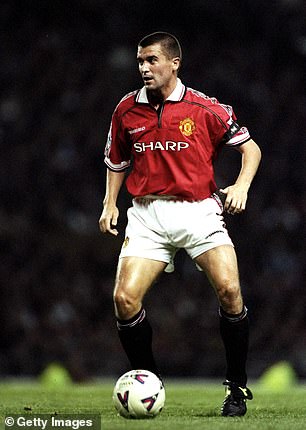 The myth of Scholes since his retirement vastly outweighs the reality. Even so, was an impressive player and starred this season.

Probably the peak season of Giggs’ playing career. Who can forget his run and goal against Arsenal?

Already one of the best strikers in the country, benefited hugely from the arrival of Dwight Yorke and scored 24 goals in all competitions. 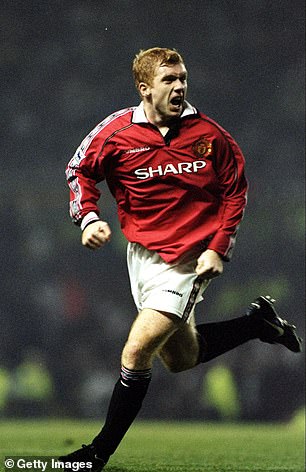 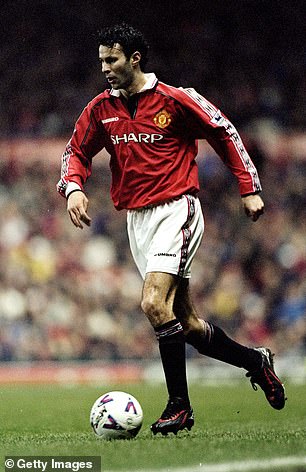 The myth of Paul Scholes outweighs the reality but he was good, as was Ryan Giggs

Joined from Aston Villa as a £12.6m record arrival and linked up beautifully with Cole. His 29 goals were imperative to the Treble.

United’s 1998-99 season was really defined by their substitutes, like Ole Gunnar Solskjaer’s run of dramatic late goals and Teddy Sheringham’s role. Add in the quality of Phil Neville and Nicky Butt and these are some fine players to have in reserve.

This was the peak of his career as a manager, the culmination of the work that had gone before. The way he managed his squad towards the end of the season was sublime. 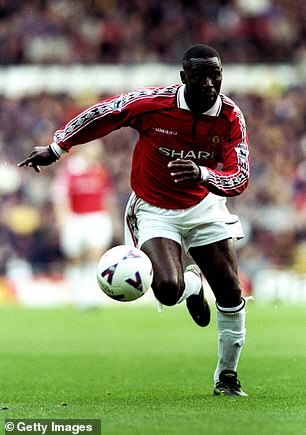 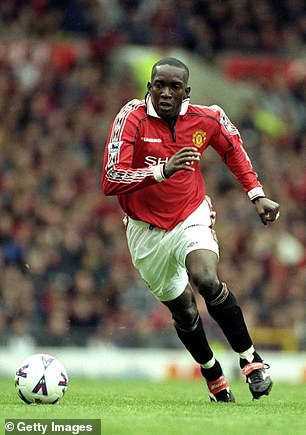 Sweeper keeper extraordinaire, but it is easy to miss the fact that he is probably the Premier League’s finest shot stopper and crucial to Manchester City’s style of play.

Has not been at his solid best since he moved to City. There are still few full backs in England who can match him going forward and in defence.

The defender’s importance has slipped under the radar since he joined City yet Laporte gives them a solidity at the back that makes up for lapses elsewhere. 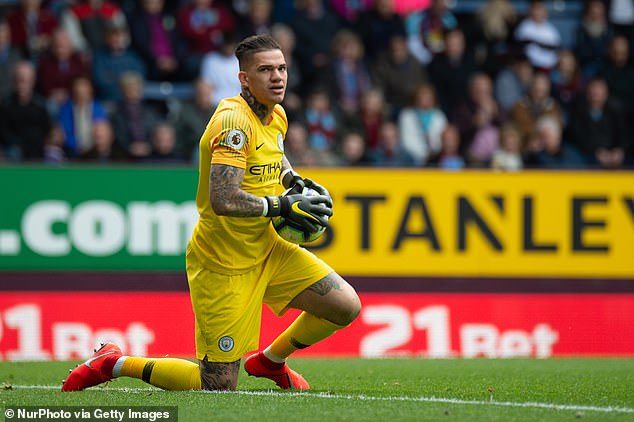 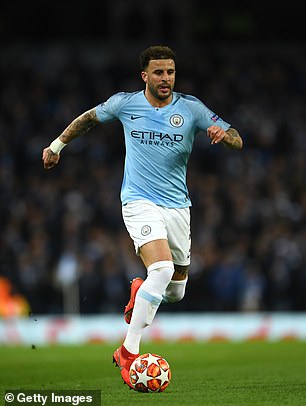 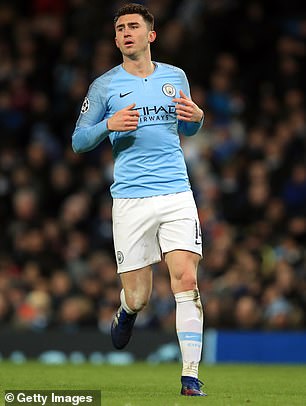 Stones has had a strange pathway since breaking through at Everton and is probably not the player everyone expected him to be when he moved to City.

Very much a covering left back, given he is naturally an attacking midfielder, although it is hard to criticise him too much when he has played that role well for two straight seasons. 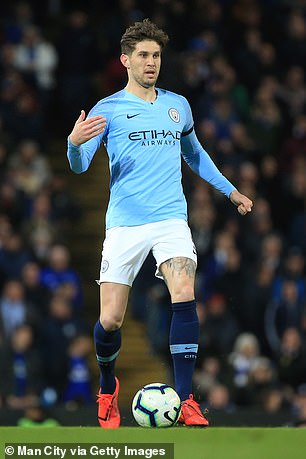 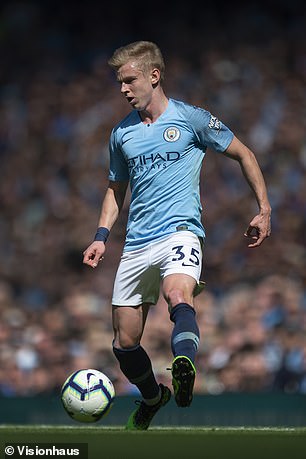 Is there a better defensive midfielder than the master of the dark arts, Fernandinho? Always there when City need him, they look a weaker side whenever he is not on the pitch.

A little maestro in midfield, the sort of player who they build statues for outside grounds. City fans will tell their grandchildren about how good the Spaniard was. 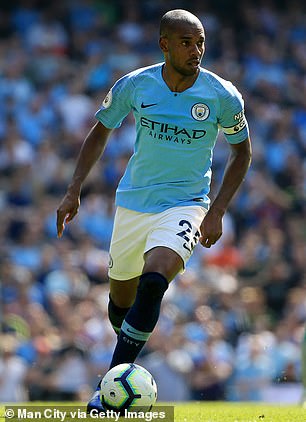 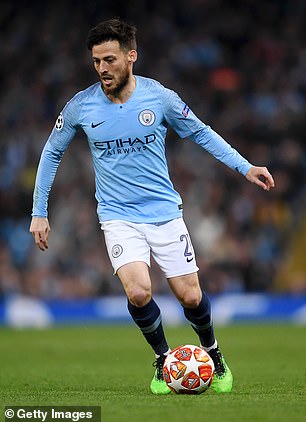 Has truly come into his own this campaign. Runs more than anyone else in a City shirt — a tough task in itself — and has added crucial goals to his game, like against Manchester United.

Has probably been the best player in England over the last season. His clinical nature in front of goal, in tandem with his general creativity, makes him impossible to stop. 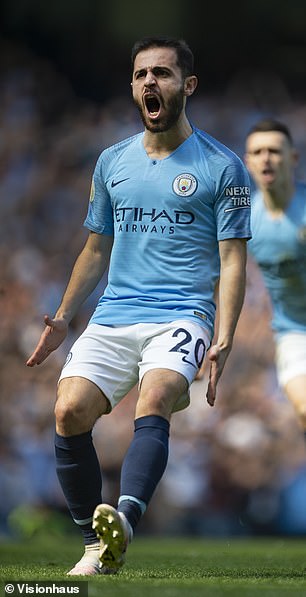 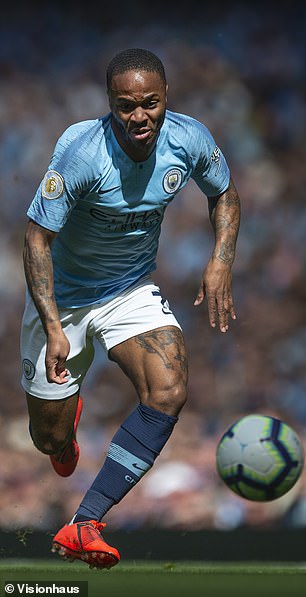 Not always Pep Guardiola’s first choice in his forward line although it is tough to see why. Has 16 goals and 14 assists in a season where he has been in and out of the side.

Remember when it seemed like he would be on his way out under Guardiola? Those days are long gone. Now among best in the world at his role. A tally of 32 goals this season does not hurt.

The fact City can call on Kevin De Bruyne, arguably the best player in the division last season, in reserve and not miss a beat is incredible. Combine the attacking talents of Gabriel Jesus, Riyad Mahrez and Phil Foden from the bench and this is exceptionally potent.

Pep Guardiola has lived up to pretty much every expectation since he arrived in England and, if he does manage to defend the title, he will achieve something no manager in the last decade has in the Premier League. 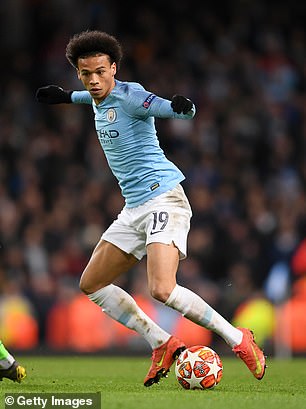 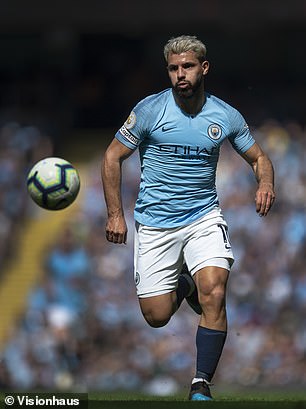