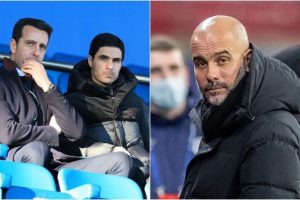 Manchester City could hijack two of Arsenal’s main targets if transfer chief Edu sticks to his original January plan. The Gunners have been heavily linked with strikers in recent weeks due to their recent woes, although reports claim that their initial strategy was to wait until the summer.

Plenty have raised concerns about City’s lack of a striker in their senior squad this season.

But Pep Guardiola’s side have kicked on regardless, sitting 10 points clear of Chelsea at the top of the Premier League table.

As such, the Catalan coach claims that the Sky Blues will not be chasing any glamorous names up front this January, with a deal for Erling Haaland supposedly earmarked for the summer.

Arsenal were due to be in the market with them after the season concludes, but recent events seem to have prompted a change of plan.

Pierre-Emerick Aubameyang was stripped of the captaincy following a disciplinary breach, Folarin Balogun looks to be edging towards a loan exit, while Eddie Nketiah and Alexandre Lacazette have both turned down new deals.

As such, the Gunners have flirted with the idea of bringing in attacking reinforcements this window, but The Athletic claim that Edu’s original plan was to wait until the summer.

If the Brazilian ultimately falls short in this month’s pursuits and decides to wait until the end of the campaign, he could face stiff competition from City for two targets.

The same report states that Guardiola’s side are closely monitoring the progress of Dusan Vlahovic and Alexander Isak.

Both are tall, young, promising strikers who have been on the radar of top clubs before, including Arsenal.

Vlahovic is practically flavour of the month this January, with the 21-year-old sitting on 16 Serie A goals and well into the final two years of his Fiorentina contract.

Isak, meanwhile, has only notched four goals in La Liga with Real Sociedad this campaign, but his 17-goal haul last term left many impressed, and his link-up play adds an extra dimension to his game.

With City’s European and domestic credentials, not to mention the glaring vacancy in their squad, Arsenal may find it hard to compete if the Sky Blues make a move for either player.

But the prospective hijack rests on two things – City missing out on Haaland, and Arsenal being unable to sign a striker in January.

While it may seem as though the stars need to align, City are bound to face tough competition for Haaland’s signature, including from Spanish giants Barcelona and Real Madrid.

Arsenal’s pursuit of a striker is by no means assured either, with Juventus believed to be the favoured destination of Vlahovic, the Gunners’ primary target this month. 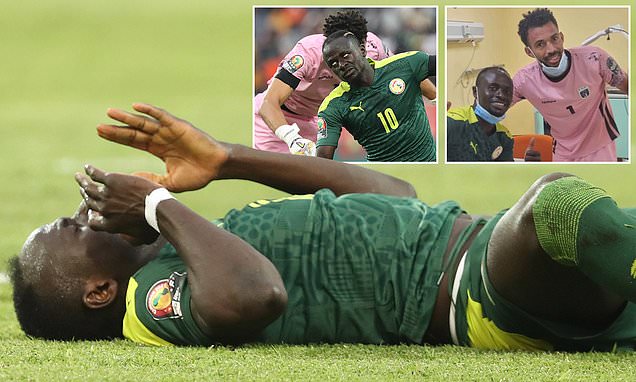