Manchester City might lose out to Manchester United if Mauricio Pochettino returns to management in the summer with the local rivals both interested in recruiting the former Tottenham boss. Pochettino will be available on a free having been kicked into touch by Spurs chairman Daniel Levy in November following a troubled start to the season.

City chiefs are bracing themselves in case Pep Guardiola calls time on his spell at the Etihad at the end of what looks set to be a frustrating campaign featuring a meek Premier League title defence.

United, meanwhile, are understood to be long-time admirers of Pochettino, who was considered to replace Jose Mourinho before Ole Gunnar Solskjaer got the job.

United have shown signs of improvement in recent months but the Mirror report Old Trafford is still the Argentine’s most likely landing spot after a few months in the wilderness.

Solskjaer is under pressure to secure Champions League football and might be given the boot if they fall away in the race to qualify for Europe’s premier club competition. 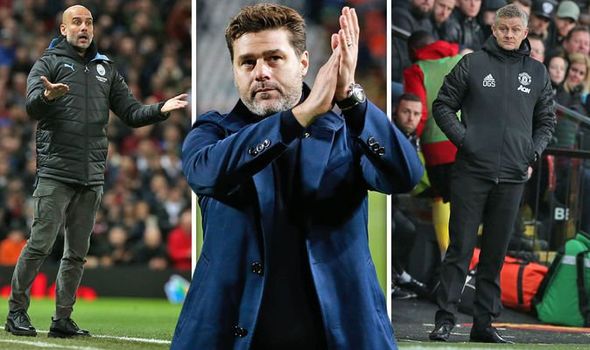 Solskjaer has stated he does not feel under any more pressure than usual to perform despite the prospect of being replaced by a waiting Pochettino.

But his cheery demeanour may give way come the summer, with there said to be a ‘growing feeling’ Pochettino is more likely to end up at United than City.

Pochettino was back in the UK this week as Premier Sports launched their new La Liga TV service with an event in London.

Speaking there, the 47-year-old hinted he’d fancy a return to management in the Premier League should an offer come his way. 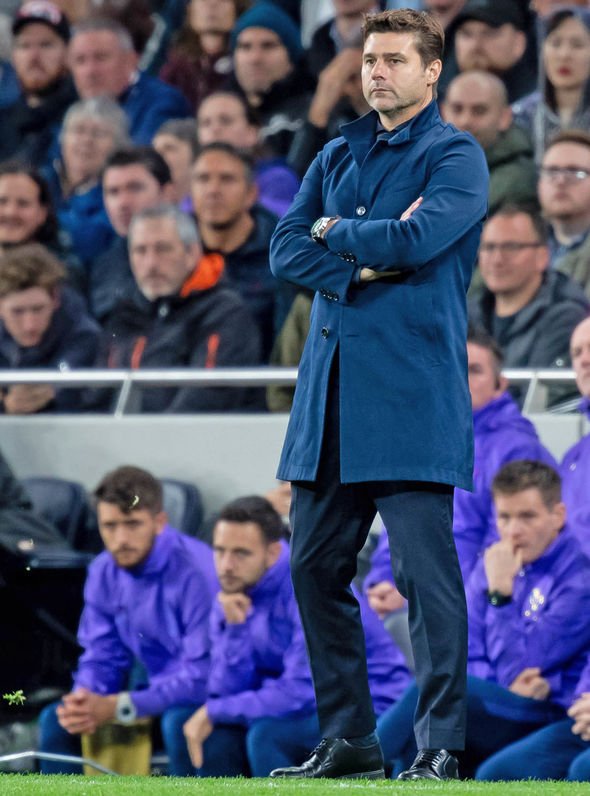 “I am now trying to watch a lot of football and spend time with my family. It’s good that I’m free for the next two weeks [to take up the La Liga TV free for a fortnight offer],” Pochettino said.

“As for La Liga, I am Argentino, but half Argentino and half Spanish, Catalan. A good mix. For me I was so lucky to start my career like a manager in Espanyol in Barcelona and then to come here to the Premier League to England, to learn English and different cultures.

“Of course, I am a better person today with more knowledge. I am living a great experience. The Premier League is the Premier League, but I think it’s a great opportunity for the people in the UK to be fans of La Liga and have very close contact.

“Of course football was born here in England but La Liga has amazing football and amazing coaches. Today it’s a reference of players, a reference of coaches and the football in the last 20 years that is shown around the world.

“Like a coach, with Gustavo, we always try to be in the best place. I think England and Spain are the two best leagues in the world.”