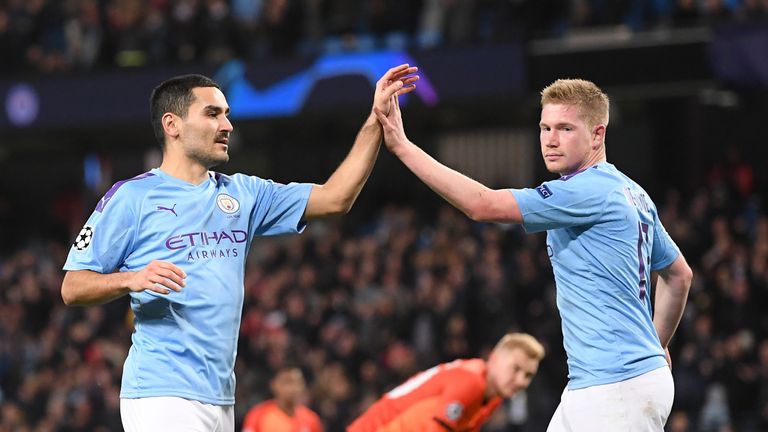 Manchester City secured top spot and safe passage to the last 16 from Champions League Group C despite an under-par performance in a 1-1 draw with Shakhtar Donetsk at the Etihad.

The draw, paired with Atalanta’s win over Dinamo Zagreb at the San Siro, means City have the option to play a weakened side in their final group game in Zagreb in a fortnight.

Shakhtar should have led after 15 minutes as Tete’s goal-bound shot from an acute angle was deflected off the line by Fernandinho, and Ilkay Gundogan made the visitors pay after the break with a close-range finish after good work from Gabriel Jesus (56).

Man of the match: Fernandinho

But Shakhtar levelled with a rare second-half attack as Manor Solomon, who had only been on the pitch four minutes, finished a fine move from 10 yards (69). 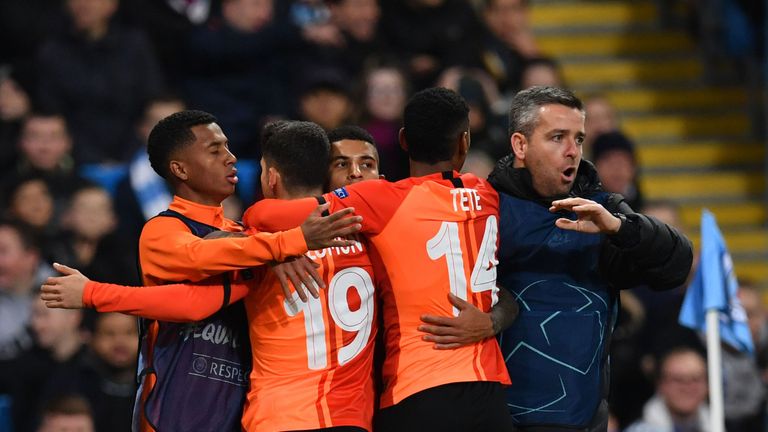 How uninspiring City got the job done

At the home of slick and beautiful football in recent years, this was one of the more forgetful first halves the Etihad crowd had witnessed.

Shakhtar had the best chance after Ederson made a hash of a clearance near the touchline, but Tete chose to shoot at a near-empty goal from an acute angle instead of squaring to the unmarked Junior Moraes, and Fernandinho blocked superbly.

City made five changes, some out of choice and some forced; Angelino was in for Mendy, Otamendi in for Stones, Bernardo in for David Silva, Gundogan in for Mahrez and Jesus in for the injured Aguero.

City finally broke the deadline 11 minutes after the restart as Jesus rolled his marker well before squaring to Gundogan, and the German could not miss, slotting into a near-empty net from 10 yards with his right foot. 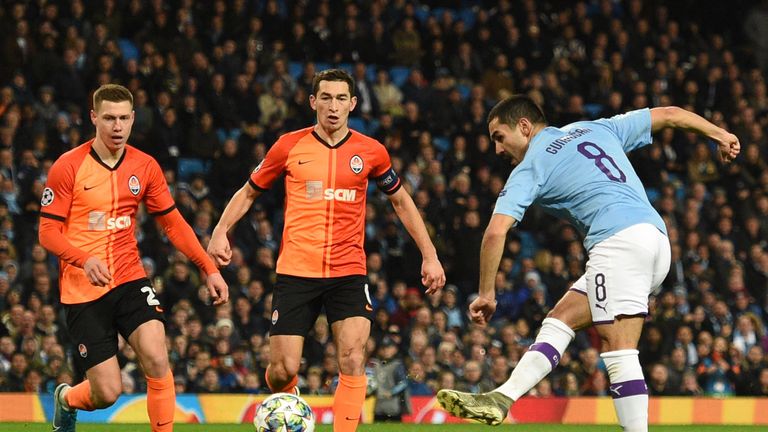 On the balance of the game, Shakhtar deserved a leveller, and they got it through sub Solomon, slotting home after Dodo had cut it back from the right byline during a slick attack.

City nearly went back ahead instantly, but David Silva’s low, first-time shot hit Kryvtsov, then goalkeeper Pyatov, and was then cleared off the line again by Serhiy Kryvtsov as Shakhtar survived.

And that’s how it stayed, despite Phil Foden’s late introduction to add some spark. The result allows Guardiola to rest some players in Zagreb, which on this showing, will be a welcome bonus.