Luton looking into allegations of racist abuse during Accrington win

The Sky Bet League One club say a journalist reported a fan for making racist comments towards an Accrington player during Luton’s 4-1 win at Kenilworth Road.

A visiting spectator has also taken to social media to accuse some Luton supporters of racist chanting, although that fan has not made an official complaint to the police or the club. Forward Offrande Zanzala netted Stanley’s only goal and was one of the alleged recipients of the abuse, alongside centre-back Michael Ihiekwe.

But the 21-year-old striker says he did not hear anything and had only been told about it by friends, before labelling it disgusting and ‘especially aggressive’.

‘Friends have called to say I was being called “monkey” and other things,’ he told The Sun

‘I’ll take the matter up with my club. For a human being to be treated in this way is disgusting.

‘I have been told the chants were not only directed at me but also to our centre-back Michael Ihiekwe.

‘I don’t know what happens next but this was especially aggressive and I don’t understand it.

Not the result we wanted lastnight, we make things right next game, happy to have scored again thank you to the travelling fans ??⚽️ pic.twitter.com/m0Vds94uw0

‘I was not aware of it as I was so involved in the game. But for this to be still happening in this century is very sad.’

Luton, however, have released a lengthy statement on their website saying that they have been investigating the complaints over the past three days and can find no evidence of any racism at the ground.

‘Luton Town Football club are aware of incidents relating to allegations of racist comments by spectators during Tuesday night’s game against Accrington Stanley at Kenilworth Road,’ reads the statement.

‘The club has found no evidence to back up the accusations and we await police advice before conclusion.’ 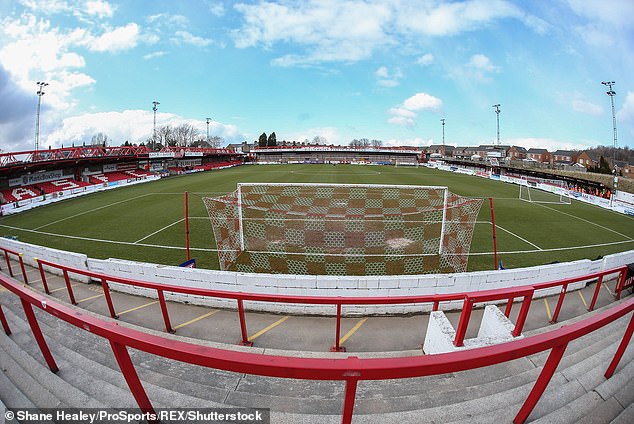 Luton say they have listened to match commentaries and audio from the game, as well as consulting supporters’ groups, spectators close to the press box and fans who were situated near the travelling Accrington fans in the Oak Road Stand.

The club did remind supporters of their strong stance on any form of discrimination, which involved educating anyone found guilty as well as potential bans.

‘Any Luton Town supporter found to have made discriminatory comments will have sanctions imposed by the club and offered educational help on such an important issue,’ continues the statement.

‘We take the allegations extremely seriously and will continue to help Bedfordshire Police with their enquiries.

‘We will update supporters again when those further investigations have been concluded.’