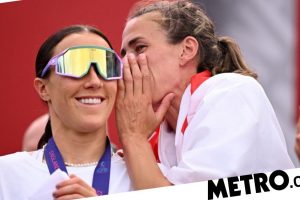 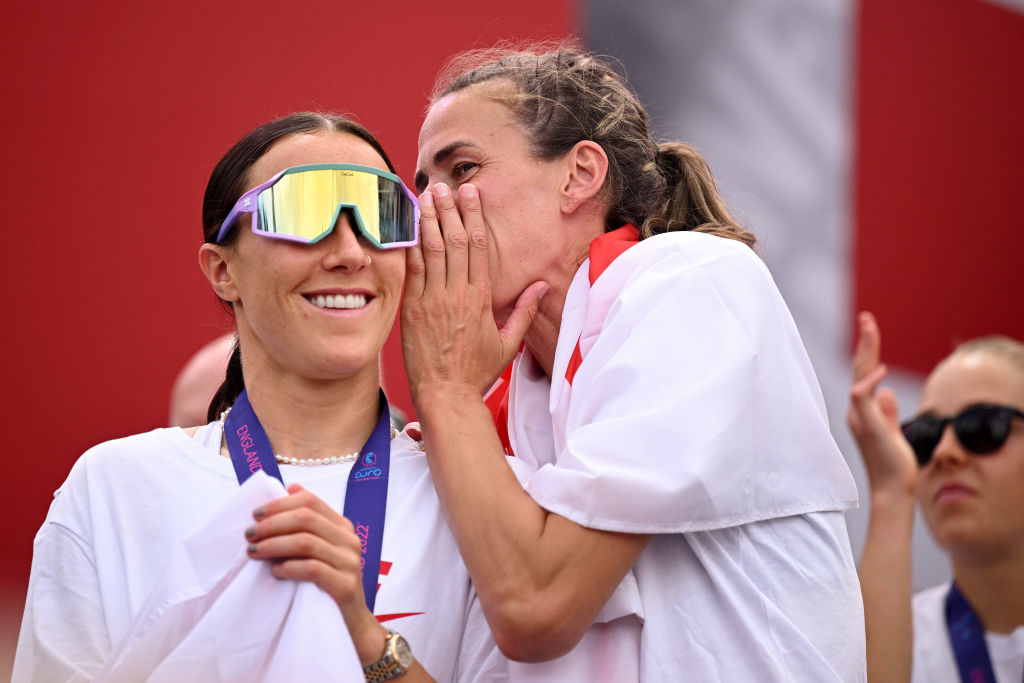 England are champions of Europe for the first time – winning their first major trophy since England’s men won the 1966 World Cup, in front of a record 87,192 Wembley crowd – one year on from the men’s team losing the Euro 2020 final.

Ella Toone and Chloe Kelly secured a 2-1 win over Germany after extra-time and the Lionesses have been partying ever since with a parade in London’s Trafalgar Square, where Bronze was quizzed about what is next for Sarina Wiegman’s side.

The 30-year-old, considered one of the best players in the world in the women’s game, has already set her sights on the 2023 Women’s World Cup which is being hosted by Australia and New Zealand.

‘It’s another trophy – and the best one by far,’ Bronze said, who has also won the Arnold Clark Cup and SheBelieves Cup with England.

‘But there’s still one more we can get our hands on next year.’

The Lionesses have never won the Women’s World Cup since its inception in 1991, but in the five times they have qualified, they have reached either the quarter-finals or semi-finals.

Their best performance came in 2015 when they finished in third place after beating Germany in the runner-up match, and once again reached the semi-finals in 2019.

Only four teams have won the Women’s World Cup and the United States have been dominant, with the famous USWNT side winning the last two tournaments.

In total, they have been champions of the world four times, while Germany have won it twice and Norway have one title, along with Japan.

Meanwhile, Harry Kane has sent a message of congratulations to Lionesses after they brought football home.

‘Absolutely unreal scenes at Wembley!!’ Kane posted. ‘Massive congrats to the amazing Lionesses!! Ella Toone take a bow for that finish too.’