Coming to a Premier League ground near you soon: Hirving Lozano. Probably Everton, given Marcel Brands ties with PSV Eindhoven.

The Everton technical director vowed not to return to his former club for a year after his departure for the Premier League. But if the Mexican, whose first major impression on English audiences was scaring the living daylights out of Jerome Boateng and Mats Hummels at the World Cup, doesn’t leave in January, you would give short odds on Brands being first to spirit him away to England.

Of course Juventus might get there first. But he’s unlikely to stay in Holland much longer. That isn’t presumptuous. It is simple market economics. Lozano is simply performing too well to stay in Holland much longer. Show the major European leagues a 23-year-old who is quick, determined technically skilful and with the kinds of stats he is accumulating, and someone has to take a chance on doubling his salary sooner rather than later. 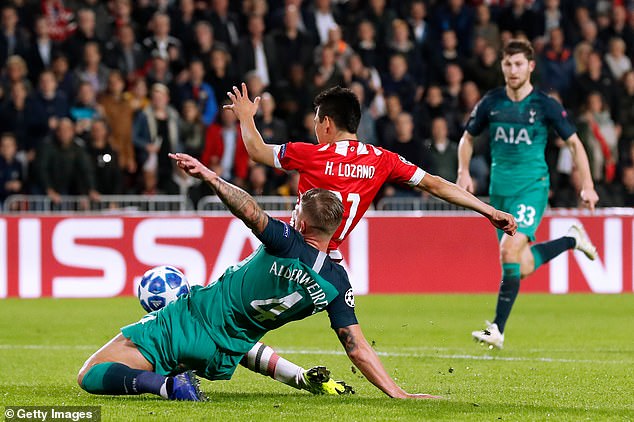 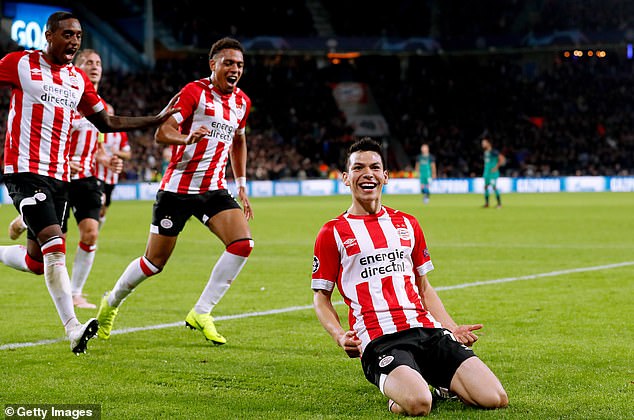 Lozano celebrates after breaking the deadlock against Tottenham on Wednesday evening

On the thoroughly-understandable metrics, he is clearly one of the most-desirable attacking players in Europe. He has contributed to 15 of PSV’s goals in the last 15 games in all competitions (11 goals and 4 assists). Last season he scored 17 goals in 29 games for PSV.

Here was another and one surely to take the eye of Mauricio Pochettino. If you’re a manager after a wide player with the capability of delivering a lightening pressing game, he’s your man. The ball from Davinson Sanchez to Toby Alderweireld wasn’t especially poor – perhaps not the crispest – but the Belgian dithered a moment and Lozano smelt blood. He was closing immediately and you feared for Alderweireld.

Sure enough, he nicked the ball off Alderweireld and was immediately hurtling towards goal. His speed with the ball at his feet is impressive, like Heung-Min Son. Alderweireld actually did well to get close, much good it did him: his attempted recovery tackle sent the ball looping over Hugo Lloris. 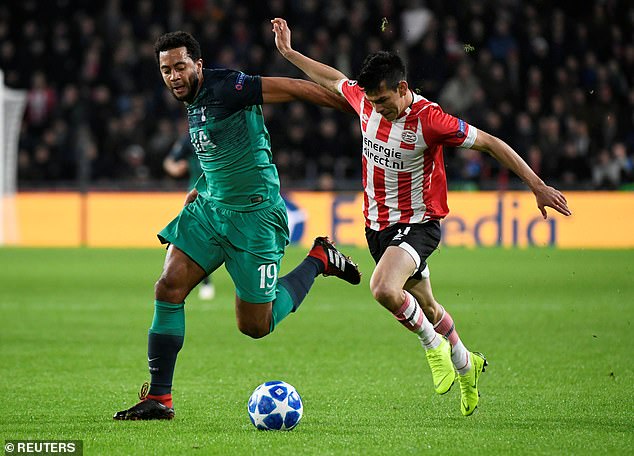 Dig a little deeper though and Lozano is even more impressive. So his expected goal stats, attempted dribbles, passing stats and the number of times he is dispossessed all stack up. And these are things transfers guru look to before committing £40m worth of transfer funds.

That said, there’s nothing quite like your gut feeling for a player. So his mobility and rapid turn of direction which bamboozled Mousa Dembele and led to the Spurs player earning a yellow card was typical of the evening. Indeed, he won a succession of free kicks in dangerous areas, the last being the most significant. 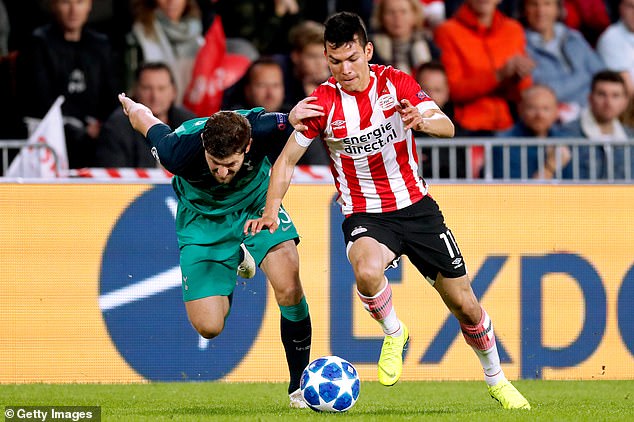 The second half was of course harder. With Spurs dominating possession, he was often the last man pressing Hugo Lloris or the defender. And that was, for long periods, a thankless task.

He was often the furthest man forward, occupying a more central role with Mark van Bommel tweaking his system to something that looked a bit more like 4-4-2, with Luuk de Jong dropping back in behind Lozano.

But his ability to turn in tight spaces away from defenders and open up a move was always a threat. His final delivery let him down on one occasion on 69 minutes. But the danger was always present and would prove decisive. On 79 minutes, it was Lozano racing on to the through ball from deep midfield which lured out Lloris.

It always seemed bold to take the Mexican on in a foot race. Sure enough, the result was predictable, Lozano getting the first touch past the goalkeeper and Lloris crashing through the player to earn a red card.

It was the turning point: a game which Tottenham had under total control suddenly became a panicked scramble for the line. The equaliser ensued on 87 minutes. And Lozano had done as much to earn it as goal-scorer de Jong. 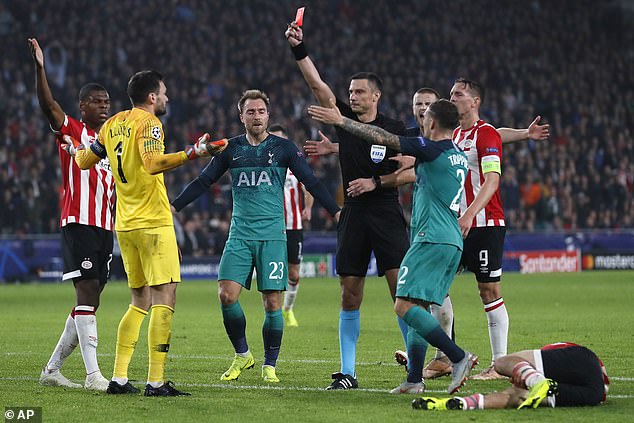 Lozano touched the ball past goalkeeper Hugo Lloris, the ‘keeper fouled him and was sent off