‘I was not the only one who felt a bit average’: Liverpool have to improve against Red Star Belgrade, warns Jurgen Klopp as he admits he did not feel good after Huddersfield win

Jurgen Klopp admitted he and his players felt ‘average’ after their narrow win at Huddersfield and warned that Liverpool will need to be at their best to beat Red Star Belgrade on Wednesday night.

The Anfield side won 1-0 at the John Smith’s Stadium on Sunday and put in a below-par performance.

‘We had this discussion last year. We don’t concede a lot of shots on target and that’s defending,’ Klopp said. ‘It’s like last year. I never had the feeling it’s for granted. It’s hard work. 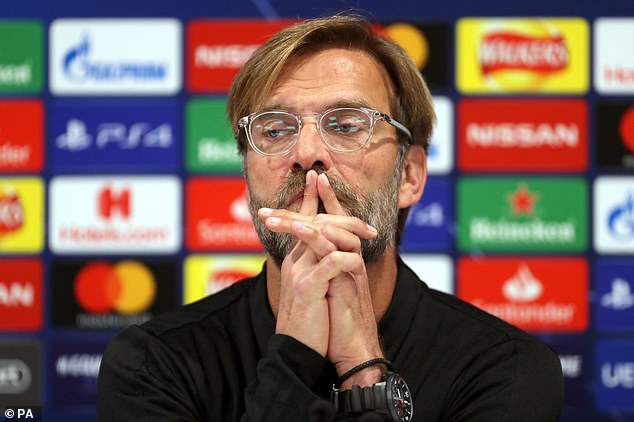 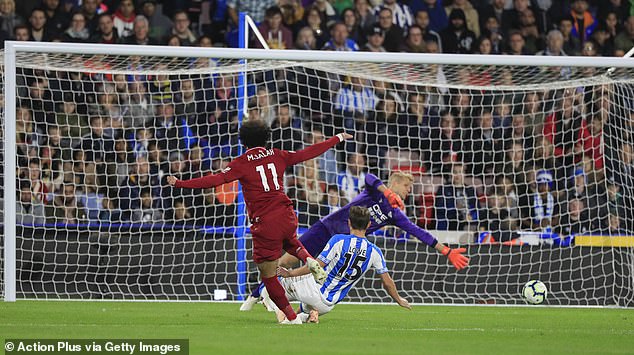 ‘We have to really work for it and in the last game I was not the only one who felt a bit average.

‘It was influenced in my case by the three big counter-attacks we had and did not finish off one. If we finish one it’s done. We didn’t. They had a half chance. I didn’t feel good after the game.

‘Make yourself ready for all the challenges you have, face them, solve them and win a football game.’

Liverpool are currently joint top with Manchester City after nine games but are yet to repeat the explosive performances from last year. 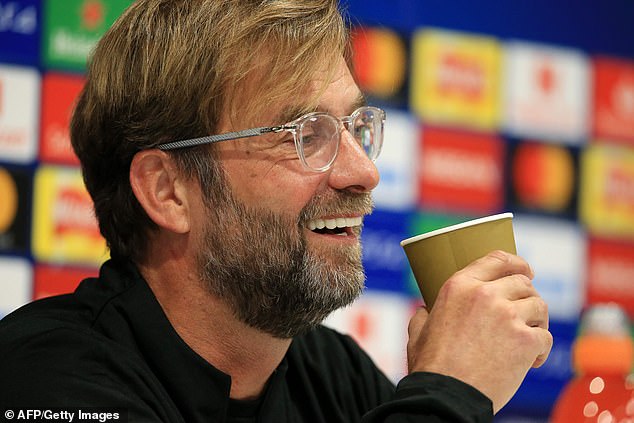 Klopp, however, is not unduly concerned. ‘The first job we have to do is win football games,’ he said. ‘We have played some really good stuff.

‘Nobody remembers the average games from last season. In the two draws we had in the Premier League we deserved a point. We deserved to lose against Napoli. That’s how it is.

‘We have to perform, we have to fight, do the right things in the right moment. It’s not about showing that we can do similar to last season.’

The Serbians, defeated 6-1 by PSG, are viewed by many as the group’s whipping boys. 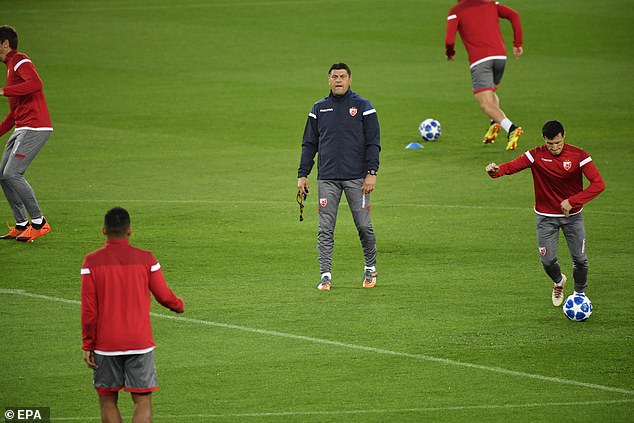 Red Star, coached by Vladan Milojevic (centre) are ‘the team in Serbia’, according to Klopp

‘Red Star are the team in Serbia,’ said Klopp. ‘When we have the ball, we have to attack with all that we have.’

Red Star will have no supporters in the ground, thanks to a UEFA ban, and Klopp was asked if he had experienced similar before.

‘When I was a player I played in empty stadiums,’ he joked. ‘They were not banned they were not interested!’