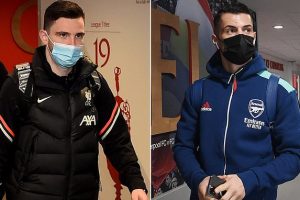 Liverpool vs Arsenal LIVE: The Reds FINALLY face the Gunners in delayed Carabao Cup semi-final after Covid-19 false positive left Jurgen Klopp unable to field a side for the original fixture

Liverpool will finally play their first leg semi-final Carabao Cup tie against Arsenal on Thursday after Covid-19 ravaged the Reds squad leaving them unable to field a team for the original fixture.

Jurgen Klopp has since revealed that only Trent Alexander-Arnold had tested positive amid multiple false positives that saw the Arsenal game called off and the Liverpool boss should welcome back several senior players to his side.

The match at Anfield was supposed to be the second-leg but Liverpool forfeited the right to play the final game at home after the Covid postponement.

Meanwhile, Mikel Arteta’s side will be hoping to rediscover some momentum after FA Cup defeat to Nottingham Forest last weekend and they look to join Chelsea in the final.

Liverpool were forced to forfeit their home advantage in the second leg of the tie after the requested the first leg to be postponed due to their number of reported Covid cases in the squad.

Both Jamie Carragher and Paul Merson believe the loss of advantage could cost Liverpool.

Tonight’s Carabao Cup clash is the first time Klopp and Arteta face off since their furious Anfield bust-up.

Their infamous touchline bust-up back in November was also at Anfield and at the time of the game it happened, Arteta’s side had so far produced a valiant display with the score at 0-0.

But Liverpool went on to dominate in a 4-0 victory.

Both sides have touched down on Merseyside for the highly-anticipated clash.

Liverpool have fielded a strong side with Alisson, Van Dijk, Robertson, and Alexander-Arnold all in the starting lineup, while Minamino, Jota and Firmino have been tasked with scoring the goals in the absence of AFCON duo Salah and Mane.

It appears  Lacazette is starting as a number 10 for the Gunners. Xhaka has come straight back into the side, alongside Lokonga in midfield.

Odegaard has been ruled out after testing positive for Covid and Kolasinac is sidelined with a tight hamstring. 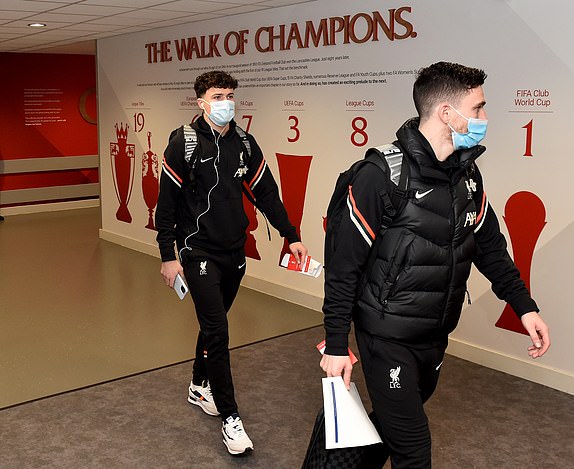 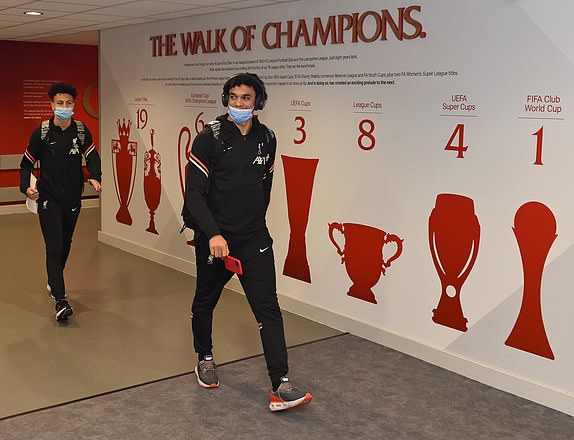 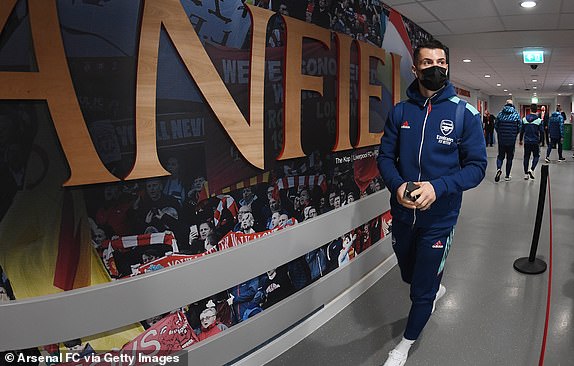 Here’s how the Reds line up to face Arsenal…

Good evening and welcome to Sportsmail’s coverage of the first leg of Liverpool’s Carabao Cup semi-final against Arsenal.

The two sides will finally meet at Anfield this evening after a suspected Covid-19 outbreak in the Reds’ squad caused the original fixture to be postponed.

Jurgen Klopp is expected to welcome back senior members of his squad for the clash as Mike Arteta’s side look to regain their momentum.

Chelsea already booked their ticket in the final after a 3-0 win on aggregate over London rivals Tottenham last night.