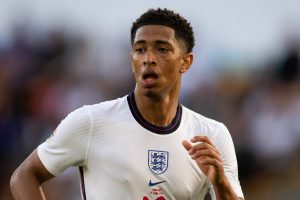 Liverpool should bring Gini Wijnaldum back to the club on loan to bolster their midfield before going all out to sign Jude Bellingham next summer. That is the opinion of former Reds defender Jose Enrique, who believes Wiljnaldum would make a useful stop-gap for Jurgen Klopp’s side in the 2022/23 season.

Wijnaldum left Anfield last summer to join Paris Saint-Germain on a three-year contract, but the move is yet to work out for the Dutchman, who was voted by fans as Ligue 1’s ‘flop signing’ of the season. He made 38 appearances across all competitions last season, contributing three goals and three assists, but 16 of those games came off the substitutes’ bench.

The 31-year-old was dropped from Louis van Gaal’s Netherlands squad for the recent Nations League matches due to a lack of form and regular game time. He is facing an uncertain future at PSG, with manager Mauricio Pochettino set to be replaced by Nice boss Christophe Galtier.

The Irish Daily Star reports that there are ‘whispers’ that Liverpool could be tempted to take Wijnaldum back on a season-long loan deal. Wijnaldum spent five years at Liverpool before heading to Paris and Enrique thinks it would be a sensible move, provided his old club then made efforts to sign Borussia Dortmund star Bellingham next year.

He tweeted: “You will have him back? They are talking as a loan option. For me it will be great to be honest for 1 season if the club really are going to go all the way for Bellingham next season then I will understand this move it not is better to look at more permanent options.”

PSG are braced for a major overhaul this summer, with new sporting director Luis Campos ready to make wholesale changes. As well as swapping Pochettino for Galtier, the French champions are expected to be busy in the transfer market, with midfielders Wijnaldum, Leandro Paredes, Idrissa Gueye and Ander Herrera all linked with transfers.

Liverpool have signed Darwin Nunez, Fabio Carvalho and Calvin Ramsey so far this summer and the Liverpool Echo says they are happy with their squad and don’t plan on making any more additions. James Milner has signed a fresh one-year deal, meaning Liverpool’s midfield will remain the same for next season.

Klopp will be able to call upon Milner, Fabinho, Jordan Henderson, Thiago Alcantara, Naby Keita, Harvey Elliott and Curtis Jones, while Alex Oxlade-Chamberlain could stay put despite falling out of favour. Oxlade-Chamberlain has another year left on his contract and is expected to report for pre-season on July 4.