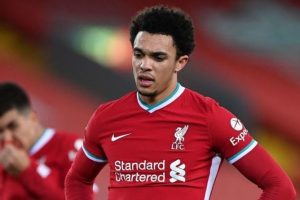 Trent Alexander-Arnold is reportedly ‘devastated’ after being left out of the England squad by Gareth Southgate. The Liverpool right-back was a shock casualty as the Three Lions boss named his squad for upcoming World Cup qualifiers with San Marino, Albania and Poland.

The 22-year-old has been a mainstay in the England set-up since he made his debut in 2018 and was a late inclusion in the squad for the World Cup in Russia.

Competition for places at right-back is fierce with Reece James, Kieran Trippier and Kyle Walker all included in today’s squad.

There were also honourable mentions for Matty Cash and Luke Ayling from Southgate, while there was no namechecking of Manchester United’s Aaron Wan-Bissaka.

Alexander-Arnold’s controversial omission is said to have raised eyebrows back on Merseyside. 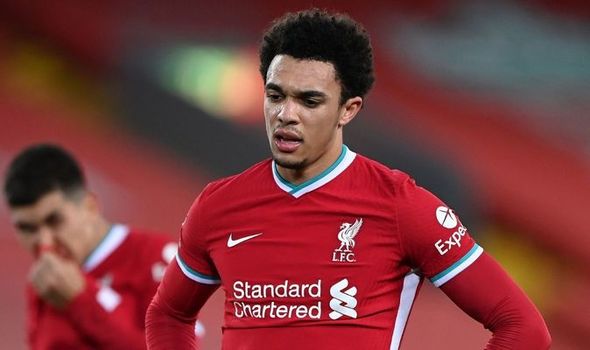 The Athletic claim that the player is understood to be devastated, having received the news via a phone call from Southgate.

He has already been given this week off by Liverpool, who do not play until April 4 when they travel to Arsenal.

Southgate took the chance to explain the reasoning behind his decision during today’s press conference.

“There are some areas of the pitch where we have some incredible competition for places, and Trent is very unfortunate,” he said.

“I don’t think he has played at the level that he found in the last couple of years, but I think he is getting very close that now.

“In the last few weeks, he has definitely taken steps in the right direction.

“It’s simply that Reece James and Kieran Trippier have had exceptional seasons really with their clubs. Kyle Walker is in great form with Manchester City.

“There are other players in the league who are also playing well in that position, Cash at Aston Villa and Ayling at Leeds. We have two really good right-backs in the under-21s, so it’s a remarkable position of strength. 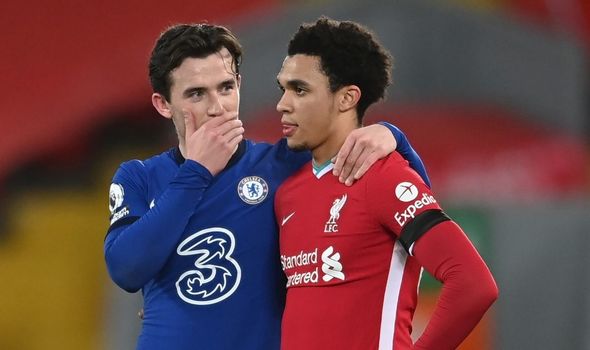 “What I said to Trent earlier today is I made that same call to Kyle and to Kieran in the past and their response was a good one in the way they took up the challenge and they found themselves back in the squad.

“Trent is of course a super talent and he will I’m certain play a big part for England in the future.

“He misses out this time but we could quite conceivably be sitting here before the summer and he’s with us.”