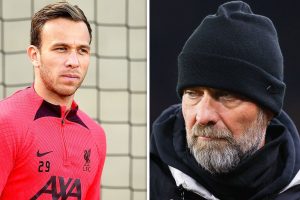 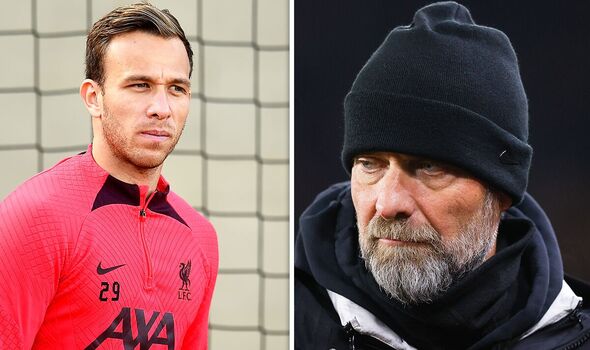 Liverpool boss Jurgen Klopp has decided to keep Arthur Melo for the length of his loan spell, reports claim. The Brazilian is set to return to fitness in the coming weeks and won’t be returning to Juventus prematurely.

Liverpool signed Arthur on a season-long loan late in the summer transfer window. However, he has made just one substitute appearance for the Reds to date.

After initially struggling to break into Klopp’s side, he has spent the last three months on the sidelines due to injury. He picked up a thigh problem in training, which required surgery.

Midfield has been a problem area for Liverpool this season. But instead of turning to the transfer market, Klopp looks set to stick with what he’s got.

Transfer expert Fabrizio Romano says Arthur is to return to full fitness earlier than expected. And he claims there is no way he will be going back to Juve before the end of the season.

Romano tweeted: “Been told there’s zero chance of Arthur leaving Liverpool this January. He’s working hard and ahead of schedule in his recovery.

“Arthur will be available for Klopp in the next few weeks, confident to help for the second part of the season after an unlucky injury.”

Arthur’s agent Federico Pastorello discussed his client in December. He reiterated that the 26-year-old would be staying at Anfield after putting everything into his rehabilitation.

Pastorello said last month: “He is a determined boy and proof of this is the fact that he is forging ahead to get back on the pitch, he is three weeks ahead of his schedule. He has recovered 30 per cent earlier than expected and he should be ready for what is the start of the new championship.

“[He will] stay 100 per cent at Liverpool in January. It’s an aspect that has never been under discussion, I don’t know who questioned the rumours about his possible return to Turin, but that’s not the case.

“It’s not foreseen in the contract and there’s no possibility because no one has questioned his permanence: neither Liverpool nor the player.”

Liverpool are next in action on Saturday when they host Chelsea in the Premier League. A busy run of fixtures sees them visit Brighton in the fourth round of the FA Cup, before league matches against Wolves, Everton and Newcastle.

The first leg of the Champions League last-16 tie against Real Madrid is on February 21. Liverpool visit the Bernabeu before the return fixture in March.