The Premier League champions have been on the hunt for a left-back that can put pressure on first choice Andy Robertson.

After being rebuffed in their efforts to sign Norwich Jamal Lewis, the Reds moved quickly for the Greek international.

And Tsimikas has put pen to paper on a long-term contract and will link up with his new team-mates later this month.

Speaking in an interview with Liverpool’s official website, Tsimikas revealed he and his family are all fans of the club. 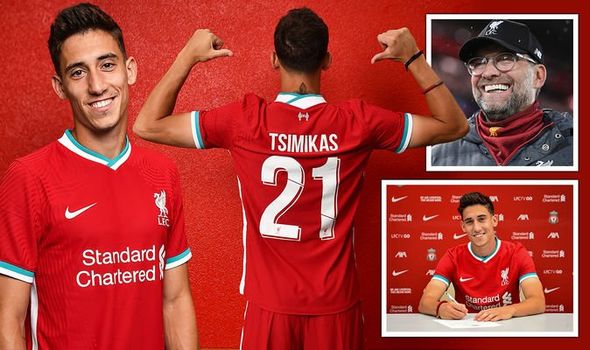 “My brother is a Liverpool fan and he pushed me to come here and sign,” he told Liverpoolfc.com.

“[As] a kid, I supported Liverpool. For all my family and for my brother, we are very happy for this.

“I think until now he [his brother] doesn’t believe I’m here. Now when he sees the pictures he will understand I’ve signed here and will be very happy.”

Tsimikas’ arrival will add strength in depth to an already formidable squad. 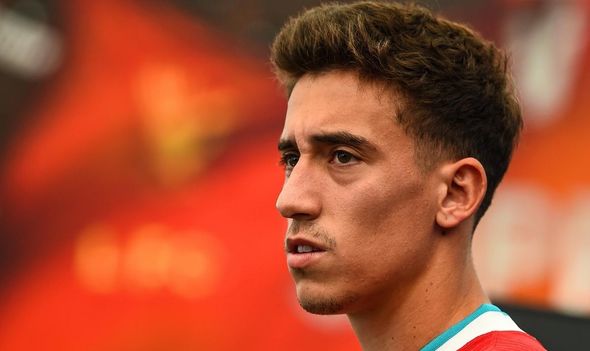 The 24-year-old, who impressed against Arsenal and Wolves in the Europa League, will wear the No 21 shirt.

“We have watched Kostas for a long time and are really happy that he has joined us. It’s the perfect news before we come back together very soon,” Jurgen Klopp said.

“He is a very good footballer with an attitude to win and to compete, and I really like his mentality. It fits perfectly with the mood and the desire we have in our dressing room already.

“He has showed already at a young age he can experience football in a different country and do well – and he has been a big part of the success Olympiacos has had to win their title this season and in their European campaigns.

“Kostas knows from personal experience what is required to challenge and succeed domestically and in the Champions League, and he is ambitious for more – just like us.

“He has come up against some very tough opponents in the past couple of seasons and done well and we know he relishes the challenge, which is perfect for us.

“For that reason we are delighted to know we’ll have him with us for the years ahead. I’m so pleased.”