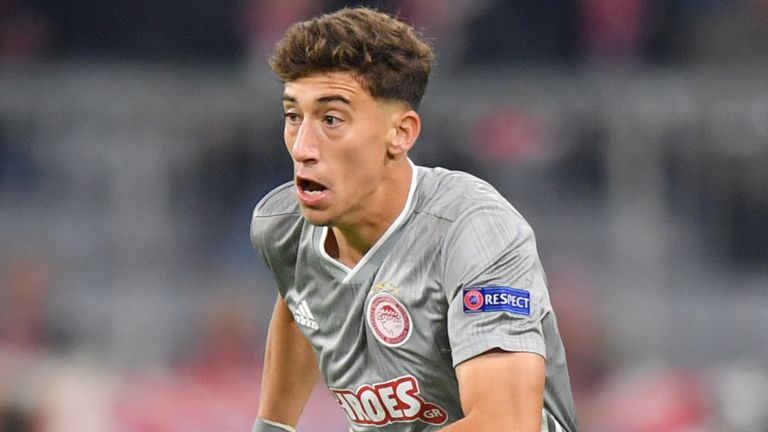 Liverpool have completed signing of Olympiakos left-back Kostas Tsimikas for an £11.75m fee.

Liverpool moved for Tsimikas after failing to agree a fee with Norwich for Jamal Lewis.

The Greece international was one of Olympiakos’ star performers last season as they clinched a 45th Super League title.

Analysis: Why Liverpool went for Tsimikas

Pedro Chirivella played only six times for Liverpool before his contract ran out in June. He may not have established himself at Anfield but he did play a part in the deal.

Feel for Jamal Lewis. Liverpool wanted him but Norwich wouldn't sell for less than £20m so they're signing Kostas Tsimikas from Olympiacos instead for £11m. Liverpool sticking to sensible budget this summer. They've been watching Tsimikas for three years

Liverpool first came across Tsimikas in 2017/18 when he was on loan at Dutch club Willem II at the same time as Chirivella.

They have been watching Tsimikas closely ever since and scouting reports and data suggest he has what it takes to be more than just a back up for first-choice left-back Andy Robertson.

Tsimikas and Chirivella spent a season playing together at Willem II. Next season Tsimikas will be playing for Liverpool while Chirivella has signed for Nantes.

A domestic-only window for trades between the Premier League and EFL then runs from October 5 and closes on Friday October 16 at 5pm. Follow all the news and analysis on Sky Sports News and across Sky Sports‘ digital platforms, including with our dedicated Transfer Centre blog.

Mane's elbow on Tierney could have seen Liverpool man sent off