Liverpool preparing Saul bid, green light for Sanches and Bowen on the radar 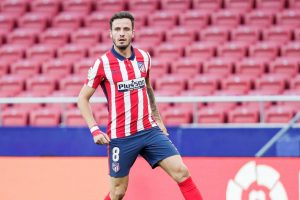 Liverpool’s only acquisition so far this summer has been Ibrahima Konate from RB Leipzig for £36million, as they strengthened at the back to avoid a similar defensive crisis to last season.

Meanwhile, they are yet to find a replacement for Georginio Wijnaldum, who joined PSG on a free transfer.

Some fans may also believe a new addition could be needed up front, after problems in front of goal at times last season.

Jurgen Klopp has already accumulated some funds with the sales of Marko Grujic and Harry Wilson.

And Daily Star Sport has rounded up all the day's transfer news on Merseyside.

According to Goal it would not be financially viable for the club at this current time.

However, reports have emerged a £41million bid has been prepared, with the Spain international open to leaving the Wanda Metropolitano after falling out of favour.

Saul would be a good replacement for Wijnaldum, with question marks over the fitness of Alex Oxlade-Chamberlain and Naby Keita throughout the course of a season, and concerns if it would be too much too soon for Curtis Jones.

A more affordable target for Liverpool could be Lille midfielder Renato Sanches.

According to Le10Sport, the French club would be willing to let him go this summer in order to raise funds and to avoid losing him on a free next year.

Jurgen Klopp is reportedly keen on the 23-year-old, who impressed during his four games at Euro 2020.

Sanches’ last stint in the Premier League is most likely something he’d rather forget, after a poor loan spell with Swansea, but this wouldn’t be the first time Liverpool have changed the fortunes of a player.

Should Liverpool sign Saul or Sanches? Let us know in the comments section. Senior Anfield sources have not dismissed links with the 24-year-old forward, who would provide cover to Liverpool’s front three.

If he was to join Klopp’s side, he would link up with former Hull teammate Andy Robertson, whom he’d have to battle with for set pieces.