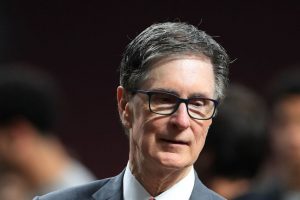 Liverpool could still be in line for an £18million installment as part of the deal that saw Philippe Coutinho join Barcelona.

The Brazilian joined the La Liga giants back in 2018, for a fee that could reach as high as £145m with various clauses inserted.

One of those was a huge bonus made payable to his former club, after he reached 100 appearances for the Blaugranes.

That has appeared unlikely on numerous occasions, none more so than when he was sent on loan to Bayern Munich last season. However, under Ronald Koeman, the 28-year-old was moved back into the first team picture and hit 90 outings in their final game of 2020.

Unfortunately, Coutinho’s involvement for the rest of the current campaign was thrown into doubt after it was revealed he would need to undergo knee surgery.

The original prognosis was that he would miss five months, but after successful surgery, Barcelona have revealed he could be back in as little as three. In an update on their official site, Barca have said: “Coutinho has undergone a successful operation on the external meniscus of his left knee this Saturday morning of January 2, but the verdict is that he will be out of action for approximately three months.”

Should he return as planned in April, he could reach the century of appearances if he plays in every remaining La Liga fixture, or in Copa Del Rey and Champions League ties.

Coutinho is under contract at the Nou Camp until 2023, but due to the huge clauses that surround his appearances, the Catalan giants were desperate to sell during the summer window. The remaining £36m was to be paid if various causes were met, with game time one of the biggest.

As well as the potential £18m from making 100 appearances, the Brazil international has already cost another £9m after the club qualified for the Champions League in 2018/19 and 2019/20.

But another £9m was missed out on as Barcelona failed to win the tournament in those two campaigns.