Liverpool could 'struggle to finish in Premier League top SIX' 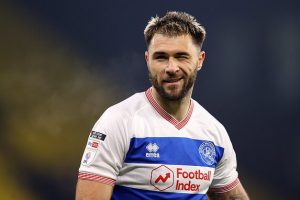 Liverpool are suffering from ‘second-season syndrome’ and could ‘struggle to finish in the Premier League’s top SIX’ after leaving it too late to replace injured Virgil van Dijk, says QPR striker and Reds fan Charlie Austin

QPR striker Charlie Austin claims Liverpool are suffering from ‘second season syndrome’ and believes the Reds will struggle to finish in the 2020-2021 Premier League season in the top six.

Saturday’s defeat to the Toffees saw Liverpool lose a Merseyside derby at home for the first time since 1999 and fall 19 points behind league leaders Manchester City.

As a result, Austin worries Liverpool – who have now lost four home league games in a row for the first time since 1923 – could ‘fail’ to make the top half of the table this season. 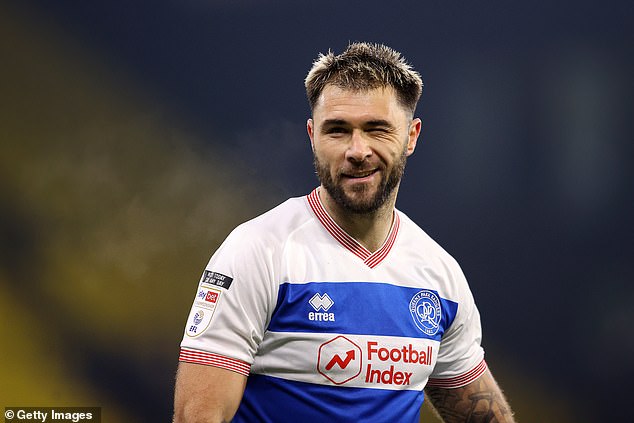 Liverpool fan, Austin, has shared his opinion on the club’s downfall this season, saying champions tend to fail in the season after their success.

Speaking of Liverpool’s issues, he told talkSPORT: ‘It’s Second season syndrome… you usually say that about promoted teams, that they do well the first year but the second year they fail.

‘Hang on a minute, Liverpool are doing it here.

‘Me being a Liverpool fan, it was fantastic last year. I was thinking, “come on, let’s back it up and go on a run of two/three/four/five years like United did”. But it’s just not happened.

Austin also criticised Jurgen Klopp’s failure to replace Virgil van Dijk – who could miss the rest of the season after sustaining a knee injury against Everton in October.

He believes Liverpool should have done more to sign a new central defender before the final day of the January transfer window. 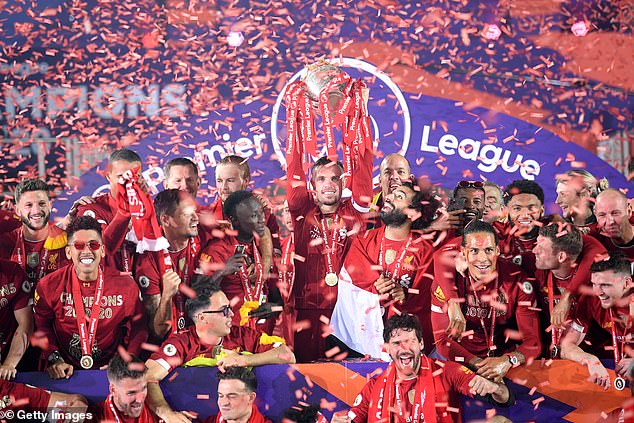 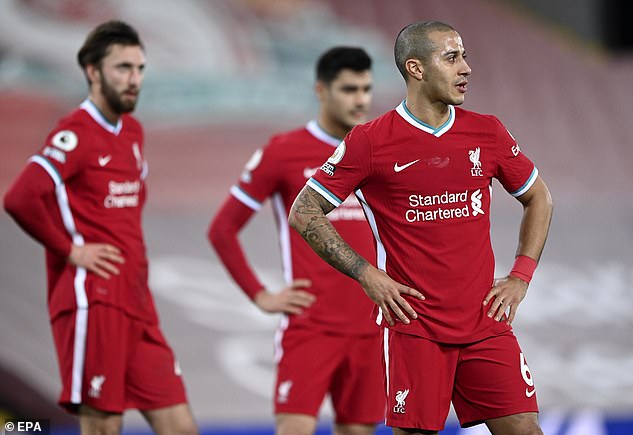 He said: ‘They’ve got a long list of injuries – I get that, I do – but that is part of football.

‘Van Dijk has a massive injury in November, and they know he’s out for the season, and it takes them until deadline day to try and replace him?

‘You can’t replace him, but to bring in someone that can fill the void… I’m not sure they’ve been able to do that.’

Jamie Carragher also slammed his former club Liverpool for their recent woeful home form before claiming they cannot use Van Dijk’s long-term absence as an excuse.

Speaking on Sky Sports’ Monday Night Football following Crystal Palace’s smash-and-grab win over Brighton, Carragher said that Liverpool should be winning all but the City game with the calibre of players at their disposal.

‘Liverpool can’t win the league with Van Dijk being out for the whole season, I didn’t feel – I said that after the last derby game (in October),’ he began.

‘But the problems Liverpool have, whether their defenders are out, the midfield players are at centre-back, does not mean they can’t win home games against Everton, Brighton, Burnley, West Brom.

‘Manchester United, maybe, Man City, real top quality, but it’s not an excuse for individual games. No matter what problem you have as a Liverpool player, you can’t not win at home for six games. That’s not acceptable. It’s not. 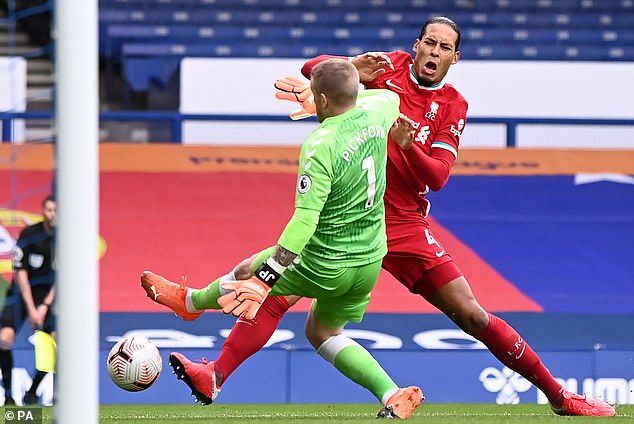 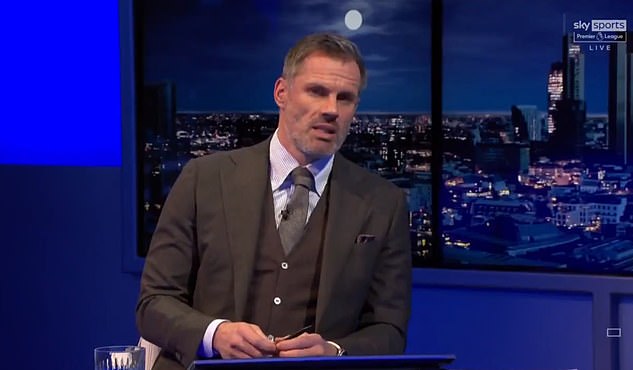 ‘When I think of situations I’ve been in – and I’ve been in teams not as good as this one – but you find a way to win. We beat Everton twice with 10 men.

‘Liverpool started the game against Everton with 10 Champions League winners. Van Dijk is not an excuse in individual games.

‘So you’re talking about maybe doing something different. It’s not rip everything up, of course it’s not, but I do think there could be a tweaking of the system – maybe a 4-2-3-1, bring an extra attacking player in, because Liverpool are struggling to create and score goals.

‘And defensively now, I think, is there a case for putting Liverpool 10 yards further back?

‘Liverpool never played this high when Jurgen Klopp first came in, when they had Kolo Toure, when they had (Mamadou) Sakho, (Martin) Skrtel, (Dejan) Lovren. They still pressed.

‘It may be a case of that, because this high line at this moment, (Ozan) Kabak is struggling early on in his Liverpool career, Ben Davies may come in, Nat Phillips is going to play. They need a bit more help and a bit more protection, and I think that would help them going forward.’ 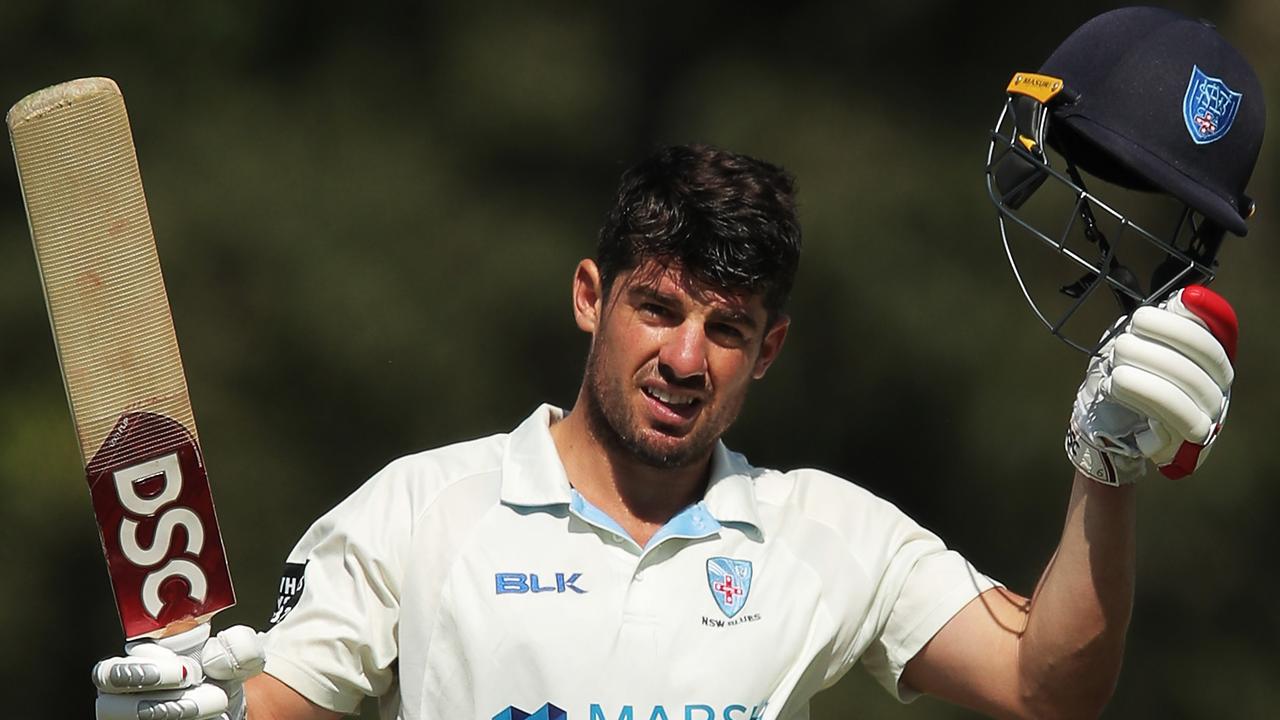