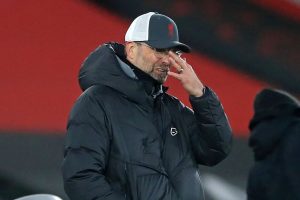 Liverpool are unable to recall Harvey Elliott due to a clause in his loan contract with Blackburn.

At the start of the season, the highly-rated forward was signed by the Rovers to help his development.

But he has surpassed expectations in the Championship, where he has quickly become a key player.

Tony Mowbray is a huge fan of the 17-year-old, who is a first-team regular at Ewood Park.

He has made 20 appearances for Blackburn, scoring four goals and making seven assists in the process.

Only Emiliano Buendia is averaging more key passes per 90 minutes than the teenager in the division.

There has been talk from Liverpool fans about Elliott returning to the side as they look to retain the Premier League.

But that has been quashed by the news that there is no recall clause in his loan deal with Blackburn.

There is a long-term injury to Diogo Jota and question marks over the futures of Xherdan Shaqiri and Divock Origi.

However, the Reds want Elliott to stay at the Lancashire club as he continues to play regularly.

Liverpool's transfer plans this month are more likely to see several players leave rather than join.

That is despite the fact that the Anfield outfit are in need of a centre-back with Virgil van Dijk, Joe Gomez and Joel Matip injured.

A number of defenders have been linked, including Sven Botman, Dayot Upamecano and Ben White.

But Klopp has insisted there are no plans to bring in another player to help alleviate their backline crisis.

"But they are not, they are absolutely concerned about the club and success of the club.

"And that is an understanding how we have it. They see exactly the same things I see about necessity of players and stuff – it's not that I say 'By the way a centre-half would be really nice' and they say 'Wow, a centre-half. Really? Why?'.

"It is all clear, all on the table, we work on that. It is the situation and on top of that we have January, not the easiest transfer window, having not the money exactly like we want."