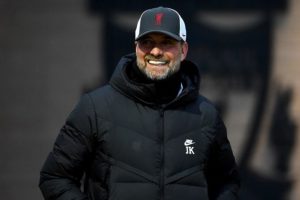 Jurgen Klopp and Liverpool may have one eye on the January transfer window, as most Premier League managers do, but they must not give in to temptation. Last year, the Reds entered the winter market out of necessity due to their defensive injury crisis, but there is a lot more room to manoeuvre this winter.

With Antonio Conte taking over at Tottenham and Newcastle United preparing a major assault on the market, there could be serious signings made this January. Normally, Klopp and his band of transfer scouts and analysts compile a different plan to their rivals, and normally it works.

They know the purse strings are tighter at Anfield than they are at Old Trafford, Stamford Bridge, the Etihad Stadium, and now St James Park.

But while Chelsea, Manchester City, Manchester United, and perhaps Newcastle clamour for the most lavish flavours of the month, Klopp will realign his radar and unearth the stars buried beneath the mass speculation.

Mohamed Salah is the name on the lips of the entire footballing world, but he was not on many transfer lists when he signed for Liverpool. Neither was Andrew Robertson, Sadio Mane or Diogo Jota, who all strolled into Anfield under the transfer radar.

JUST IN: Man Utd blow as Zinedine Zidane has ‘pretty much agreed’ his next job

But what all of these players do have in common is that they all appear to slip seamlessly into a blueprint used by Klopp. They are all players capable of the high-pressing, dynamic, self-sacrificing ‘heavy metal’ football Klopp adores.

All three players have had to grind their way to the precipice of English football. Jota arrived in England with an obscure reputation as the Portuguese star was deemed not good enough for Atletico Madrid and was sent on loan to Wolves when they were still in the Championship.

Robertson dug his way to the top via the fourth division of Scottish football and eventually reached the summit with the Reds. Footballing journeys filled with difficult experiences do not necessarily add zeroes onto a price tag for a player as much as goals, assists, and clean sheets, but they offer an insight into their resilience character.

When the Reds’ purse strings have been loosened, Klopp and his team have been lured by the allures of other midfielders carrying wonderful statistics and ‘world class’ tags.

Thiago Alacantara arrived into Merseyside last season after a treble winning campaign with Bayern Munich and a tag around his neck proclaiming him to be the best central midfielder in the world.

Nobody questioned his £25m arrival, despite the fact he was vastly different from Liverpool’s current midfield options.

While Liverpool’s injury crisis prompted Fabinho and Jordan Henderson into central defence, Thiago was rushed into the side, unlike many other new signings who were gradually integrated into the side.

However, the Spaniard found himself understudying Reds’ youngster Harvey Elliott, until the 18-year-old horrendously dislocated his ankle against Leeds United.

Signing Thiago was an easy decision as it was the kind of signing where if it did not materialise, the Liverpool board would have been derided by the fans.

But very few of Klopp’s successful signings have been obvious transfers if you put aside Virgil van Dijk and Alisson Becker, while the more obvious arrivals have found themselves struggling.

Naby Keita’s £48m arrival from RB Leipzig was very briefly Liverpool’s record signing, yet he too has seen Elliott and many others around him leapfrog him into the starting midfield places.

Coronavirus has had little effect, if any, on the sky-rocketing transfer fees, resulting in the diamonds in the rough proving to be just as precious as previous record signings.

And it is that area Liverpool may be forced to consider again while their rivals battle it out for players at the higher end of the market.

Klopp’s heavy metal football is unique and highly specialised, and finding a new signing that fits the bill will be a tough ask, especially in January where the market is limited.

But with a growing injury list and few players able to cover across a demanding festive schedule, the German must ensure he gets it right if he decides to spend again in January.