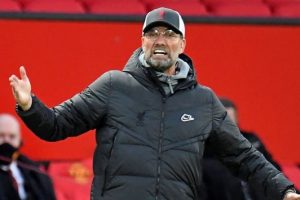 Liverpool boss Jurgen Klopp will be delighted with the way his side started the season away at a sorry Norwich City side last Saturday. Goals from Diogo Jota and Mohamed Salah, either side of a wonderfully crafted Roberto Firmino tap-in, gave the Reds the foundation to start the reclamation of their long-awaited Premier League title.

Having marginally qualified for the Champions League last season despite the injuries suffered by Virgil van Dijk, Joe Gomez and Jordan Henderson last season, the Reds are out to go one better and compete for the title this year with a much more available squad.

Their defence was the issue last time, and it provided a huge mental block for the Anfield outfit. Having gone 68 games unbeaten at home in the league, their loss to Burnley started a run of six games lost in a row on Merseyside, before a late season rally turned things around for Klopp’s men.

They face Burnley again this weekend and will look to avoid a repeat of what happened last season. With Van Dijk back in the side, the squad will have more confidence of going on to win on home soil as they so routinely used to pre-Covid.

However, with injuries and match fitness woes kicking in, there may be changes to the lineup. Express Sport takes a look at where those changes might come for the Reds.

Milner started against Norwich to signal his first Premier League game since April last season, where he captained the side against his boyhood club Leeds United at Elland Road.

Even at the age of 35, Milner still continues to impress with performances that are exemplary of the reason why Jurgen Klopp has decided to keep the veteran – despite their tough rules on keeping players over the age of 30.

Despite his age and experience, Milner is extremely capable of putting in the hard yards for Liverpool’s gegenpress tactic, and is still considered a very good Premier League player.

However, with club captain Jordan Henderson reportedly returning from injury this week – and the two playing quite similar roles – it could signal a return to the bench for Milner.

Oxlade-Chamberlain is another who could potentially be dropped from the XI that started against Norwich.

The injury-prone midfielder started his Liverpool career brilliantly; yet an injury in the 2018 Champions League semi-final ruled him out for the best part of a year.

He is slowly rekindling his form on Merseyside – but having only featured in two starting XI’s last season, and playing only 58 minutes of football in the last 14 Premier League games of last season, he may suffer from Thiago Alcantara’s return to full fitness.

In playing a team such as Burnley where Liverpool will need a moment of magic to unlock their defence, the Spaniard may fill in for Oxlade-Chamberlain.

You have to feel for Joel Matip, really.

He has been nothing short of solid whenever he has had to fill into the Liverpool back-line – and having very rarely made mistakes, it is a wonder as to why he isn’t a permanent fixture in the defence.

Yet, the inspired form of Van Dijk and Joe Gomez, who were both the main reasons as to why Liverpool brought the Premier League title to Merseyside for the first time in 30 years, has kept him from having regular spells in the starting XI – alongside his regular injuries.

So much so, that he has only started 34 league games in the past three seasons – meaning he too could be short of match fitness.

And, with Ibrahima Konate having joined from Leipzig in the summer months, it could well be that Klopp decides to rest the Cameroonian centre-half in favour of his new Frenchman as the partner to Van Dijk.