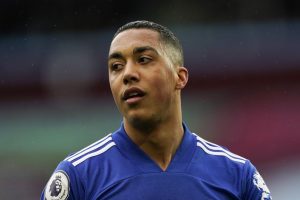 Liverpool have a crucial transfer window ahead with Jurgen Klopp plotting a route back to the top of English and European football this summer.

The Reds failed miserable in their attempt to retain the Premier League title last season, with six straight home defeats early in 2020 leaving them fighting it out for Champions League qualification.

In the end they managed to turn things around and secure a third-place finish, but Klopp will be looking for more next term.

The Liverpool boss is expected to make a number of changes to his squad this summer, and Daily Star Sport are on hand with the latest transfer news from Anfield.

According to the Lancashire Post, Liverpool youngster Sepp van den Berg is set to join Preston on another season-long loan in 2020/21.

The 19-year-old defender left behind Dutch outfit PEC Zwolle to move to Anfield in 2019 and racked up four appearances in his debut season at Anfield.

He was then sent out on loan to Preston last term, making 16 appearances for the Championship club and doing enough to earn another move to Deepdale this summer.

While he will undoubtedly have his eye on potential recruits, Klopp also appears keen on tying some of his current stars down to new long-term deals at Liverpool.

They will be hoping to avoid a repeat of Georginio Wijnaldum's contractual situation, with the midfielder set to leave for free at the end of the month.

Liverpool target Youri Tielemans has put new contract talks with Leicester on hold until after Euro 2020, according to Eurosport.

The Reds are said to be interested in prising Tielemans, who has two years to run on his current Foxes deal, away from former manager Brendan Rodgers' side.

And they have received a boost in that pursuit, with the Belgium midfielder not prepared to commit his future to Leicester just yet.