Lionel Messi will need to get himself a bigger trophy cabinet after collecting two more pieces of silverware at an awards ceremony on Monday.

The Argentine, who made his Barcelona return on Sunday in the 4-3 defeat to Real Betis, scooped the Alfredo Di Stefano trophy as well as the Pichichi award.

The Di Stefano award is given to the best player in La Liga while the Pichichi award, named after the Athletic Bilbao striker Rafael ‘Pichichi’ Moreno Aranzadi, goes to the top goalscorer in the division. 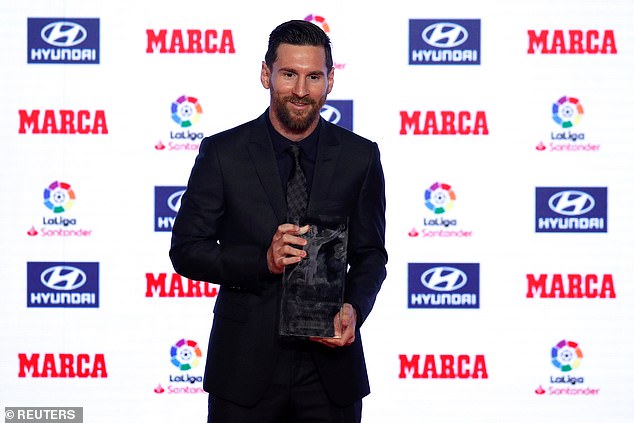 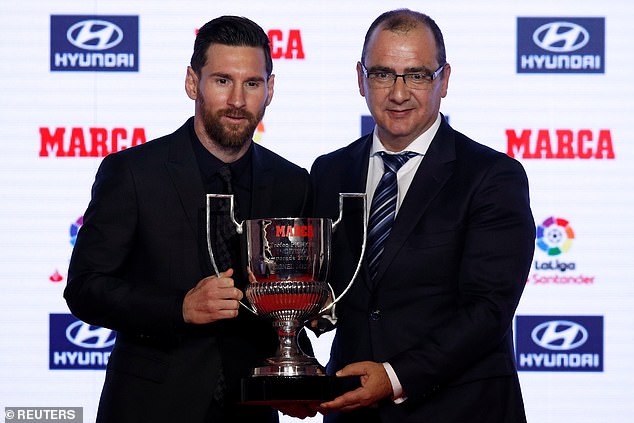 There were a host of familiar faces among the award winners which also included Atletico Madrid goalkeeper Jan Oblak.

The Argentine was inspired last season as on route to the title he scored 34 goals in 36 matches, adding 12 assists in the process. 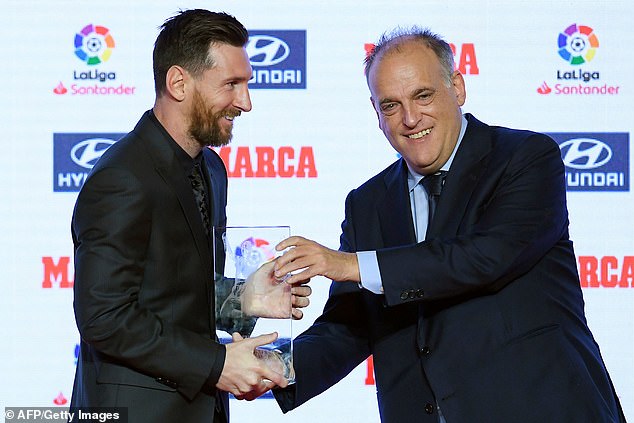 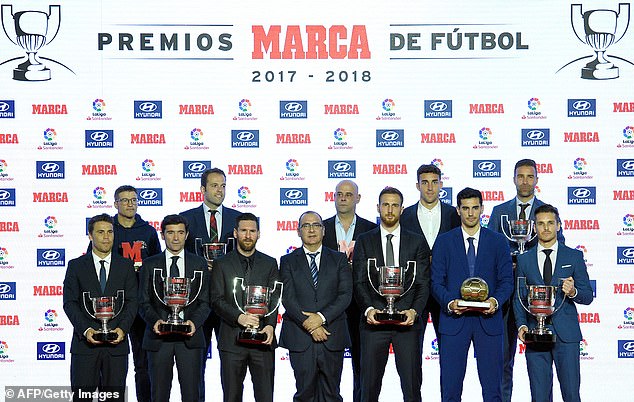 All of the award winners, which includes Atletico Madrid goalkeeper Jan Oblak, stood together

Messi, a five-time Ballon d’Or winner, made an immediate impact on his return to the side netting twice but it proved in vein as Real Betis won 4-3 at the Nou Camp.

Ernesto Valverde’s side have now split for the international break but face a tough task on their return when they will travel to play Atletico Madrid at the Wanda Metropolitano.

Barcelona lead rivals Real Madrid by just four points – Sevilla just one – at the top of La Liga and will hope Messi can rediscover the sensational form from last season to steady the ship.