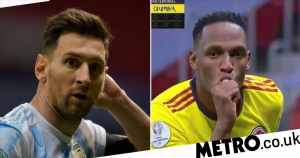 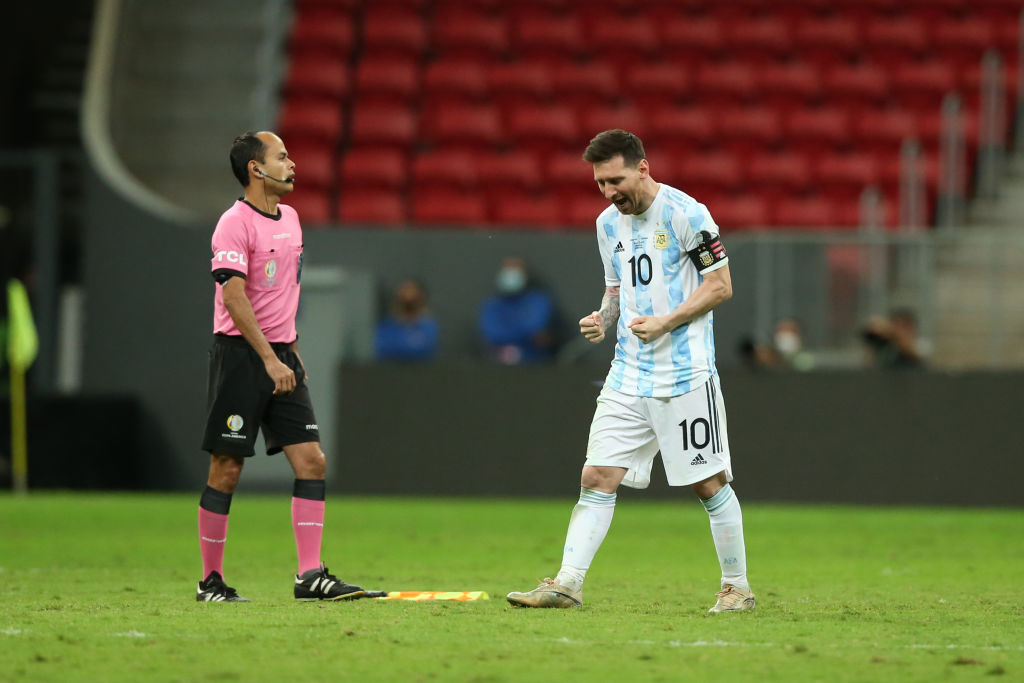 Argentina booked their spot in the final to play rivals Brazil after a 3-2 shootout win following a 1-1 draw in normal time.

Messi provided the assist for Lautaro Martinez in normal time and came close to finding the winner but the game went to a nervy shootout.

Thankfully for Messi, Argentina prospered and he will now have the chance to pick up silverware with his country for the first time in his career having lost two previous Copa America finals.

Messi has Aston Villa ace Emi Martinez to thank for that following his three penalty saves, one of which was from Mina.

Mina scored in a shootout in the last round to ensure Colombia beat Uruguay and the towering defender celebrated by sucking his thumb, despite the fact his converted penalty was not the winner in the shootout.

But Mina was unable to repeat his heroics against Uruguay as he saw his penalty saved by Martinez in the shootout.

Messi is a former team-mate of the Barcelona star but that didn’t stop the Argentina captain mocking the defender, as he screamed: ‘How about dancing now?’ at the Everton ace after his miss.

Argentina will take on Brazil on Saturday and the 34-year-old Messi will be hoping he can finally inspire his country to success, having also lost the 2014 World Cup final.